What if trains, planes, and automobiles all were powered simply by the air through which they move? Moreover, what if their exhaust and byproducts helped the environment?

Well, such an energy-efficient, self-propelling mechanism already exists in nature. The salp, a smallish, barrel-shaped organism that resembles a kind of streamlined jellyfish, gets everything it needs from the ocean waters to feed and propel itself. And, scientists believe its waste material may actually help remove carbon dioxide (CO2) from the upper ocean and the atmosphere.

Now, researchers at the Woods Hole Oceanographic Institution (WHOI) and MIT report that the half-inch to 5-inch-long creatures are even more efficient than had been believed.  Reporting in the current issue of the Proceedings of the National Academy of Sciences, they have found that the ocean-dwelling salps are capable of capturing and eating extremely small organisms as well as larger ones, rendering them even hardier—and perhaps more plentiful—than had been thought.

“We had long thought that salps were about the most efficient filter feeders in the ocean,” said Laurence P. Madin, WHOI Director of Research and one of the investigators. “But these results extend their impact down to the smallest available size fraction, showing they consume particles spanning four orders of magnitude in size. This is like eating everything from a mouse to a horse.”

Salps capture food particles, mostly phytoplankton, with an internal mucous filter net. Until now, it was thought that only particles as large as or larger than the 1.5-micron-wide holes in the mesh. 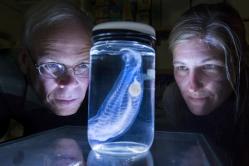 About the image: Researchers Larry Madin and Kelly Rakow Sutherland get up close with a salp in the lab. Photo by Tom Kleindinst, Woods Hole Oceanographic Institution

But a mathematical model suggested salps somehow might be capturing food particles smaller than that, said Kelly R. Sutherland, who wrote the paper as part of her PhD thesis at the MIT/WHOI Joint Program for graduate students. In the laboratory at WHOI, Sutherland and her colleagues offered salps food particles of three sizes: smaller, around the same size as, and larger than the mesh openings.

“We found that more small particles were captured than expected,” said Sutherland, now a postdoctoral researcher at Caltech.  “When exposed to ocean-like particle concentrations, 80 percent of the particles that were captured were the smallest particles offered in the experiment.”

This finding is important for a number of reasons.  First, it helps explain how salps—which can exist either singly or in “chains” that may contain a hundred or more–are able to survive in the open ocean, their usual habitat, where the supply of larger food particles is low.  Madin, who served as Sutherland’s advisor at WHOI, adds: “Their ability to filter the smallest particles may allow them to survive where other grazers can’t.”

Second, and perhaps most significantly, it enhances the importance of the salps’ role in carbon cycling. As they eat small, as well as large, particles, “they consume the entire ‘microbial loop’ and pack it into large, dense fecal pellets,” Madin says. 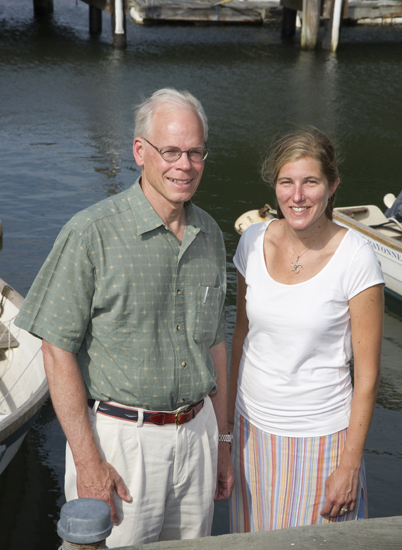 About the image: Madin and Sutherland, along with MIT’s Roman Stocker, found salps to be eclectic eaters. Photo by Tom Kleindinst, Woods Hole Oceanographic Institution

The larger and denser the carbon-containing pellets, the sooner they sink to the ocean bottom. “This removes carbon from the surface waters,” says Sutherland, “and brings it to a depth where you won’t see it again for years to centuries.”

And the more carbon that sinks to the bottom, the more space there is for the upper ocean to accommodate carbon, hence limiting the amount that rises into the atmosphere as CO2, explains co-author Roman Stocker of MIT’s Department of Civil and Environmental Engineering .

“The most important aspect of this work is the very effective shortcut that salps introduce in the process of particle aggregation,” Stocker says. “Typically, aggregation of particles proceeds slowly, by steps, from tiny particles coagulating into slightly larger ones, and so forth.

“Now, the efficient foraging of salps on particles as small as a fraction of a micrometer introduces a substantial shortcut in this process, since digestion and excretion package these tiny particles into much larger particles, which thus sink a lot faster.” 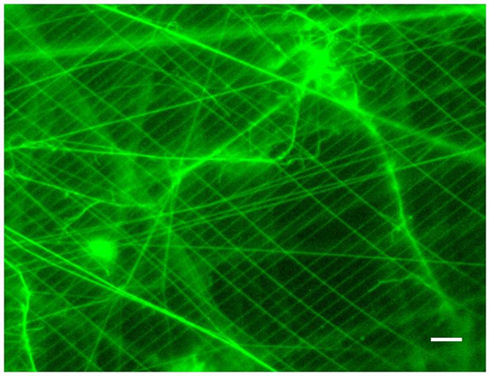 This process starts with the mesh made of fine mucus fibers inside the salp’s hollow body. Salps, which can live for weeks or months, swim and eat in rhythmic pulses, each of which draws seawater in through an opening at the front end of the animal. The mesh captures the food particles, then rolls into a strand and goes into the gut, where it is digested.

It had been reasoned that the lower limit of particles captured by a salp was dictated by the size of the openings in the mesh (1.5 microns) In other words, particles smaller than the openings were expected to pass through the mesh.  But the new results show that it can capture particles as small as 0.5  microns and smaller, because the particles stick to the mesh material itself in a process called direct interception, Sutherland says.

“Up to now it was assumed that very small cells or particles were eaten mainly by other microscopic consumers, like protozoans, or by a few specialized metazoan grazers like appendicularians,” said Madin. “This paper indicates that salps can eat much smaller organisms, like bacteria and the smallest phytoplankton, organisms that are numerous and widely distributed in the ocean.”

As much as they are impressed with the practical implications involving carbon exchange, the scientists are captivated by the unique, almost magical performance of this natural undersea engine.

The work—funded by the National Science Foundation and the WHOI Ocean Life Institute–“does imply that salps are more efficient vacuum cleaners than we thought,” says Stocker. “Their amazing performance relies on a feat of bioengineering – the production of a nanometer-scale mucus net – the biomechanics of which still remain a mystery, adding to the fascination for and the interest in these animals.”