Great news of the day: US President Donald Trump and Leader of North Korea Kim Jong-Un will be meeting soon.

Kim Jong Un talked about denuclearization with the South Korean Representatives, not just a freeze. Also, no missile testing by North Korea during this period of time. Great progress being made but sanctions will remain until an agreement is reached. Meeting being planned!

South Korean present leadership played a key role from welcoming the North Korean Olympic delegation headed by Kim Jong-Un’s sister till the recent visit of its ministers in Pyongyang.

S. Korea’s policy is crystal clear: it would not like to see its northern neighbour bombed by the US Army and then Kim’s missiles hitting Seoul. Who are going to pay here are the two Koreas.

For US part, the US Army will benefit from real-time war drill plus tests of new weaponry. The other beneficiary will be Japan.

Japan never likes the two Koreas reunification. It will hit the Japanese current market severely. South Korea’s Samsung, Hyundai, Daewoo and other products are already threatening the current Japanese economy. Now if the two Koreas come together, then South will benefit from the well-trained and highly disciplined North’s young workforce resulting in a dramatic shift of economic power in the region. That will not be any good news for Japan. 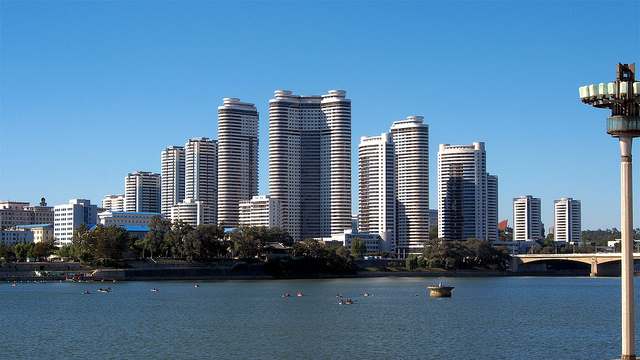 Now as Pyongyang promised to halt its missile tests and ready for ‘denuclearisation’, President Trump can trumpet his ‘victory’. The planned meeting will bring him huge credit of diplomatic success at home and abroad.

Last year we all got scared of a nuclear warfare in the Korean Peninsula. Now finally the clouds are driving away. Hopefully we can sit back relaxed and wait to watching Trump and Kim smiling to each other and shaking hands together.