The linguistic device that creates resonance between people and ideas

In literature, writers often use the word “you” generically to make an idea seem more universal, even though it might not be.

Now, in a paper recently published in the Proceedings of the National Academy of Sciences, University of Michigan researchers show that this linguistic device—the use of the generic-you—has a hand in making ideas resonate. 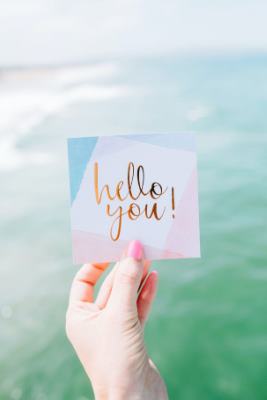 Previously, researchers have found that resonance can be heightened by altering a message’s content, either to evoke emotion, highlight its applicability to a person’s life, or appeal to a person’s beliefs. While reading a novel on her Kindle, U-M professor of psychology and linguistics Susan Gelman began to notice many of the passages that other readers had spontaneously highlighted used generic-you, and wondered if this was coincidence or representative of a systematic pattern.

“This was so exciting to us because we had long had the intuition that generic-you might have interpersonal effects. It might pull the listener or addressee into an idea and maybe increase empathy or the extent to which a person could relate with an idea that someone else was expressing,” said Orvell, the lead author on the paper. “Finding these passages in books was a perfect real-world way to get some insight into this effect.”

Gelman and her co-authors Ariana Orvell of Bryn Mawr College and Ethan Kross, U-M professor of psychology, proceeded to examine how frequently “you” appeared in highlighted passages pulled from 56 Oprah’s Book Club selections. They found that highlighted passages were 8.5 times more likely to contain generic “you” than passages that were not highlighted, leading them to identify generic-you as a linguistic device that enhances resonance.

“This study is a really nice example of how sensitive people are to even a subtle variation in perspective and language,” Gelman said. “I’m sure people who are reading these novels were not thinking about the linguistic device the authors were using, and the authors themselves may not have been aware, but this study shows this linguistic device has a measurable effect, and that it’s part of the fabric of language and thought that people are sensitive to.”

Across four follow-up experiments reported in the same article, the researchers then subjected these findings to four more tests to confirm that the presence of generic-you in text has a causal effect on enhancing how much ideas resonate.

“I think it’s remarkable that this tiny linguistic shift influences how much ideas resonate,” said Kross, also a professor of management and organizations at U-M’s Ross School of Business and a faculty associate at the Institute for Social Research. “These findings speak to how powerful subtle shifts in language can be for influencing the way people make sense of the world.”

Gelman says next steps for their group include studying how generic-you is used in other languages, as well as studying its effects in children and in other uses, such as social media posts.