The Bright Side of Death: Awareness of Mortality Can Result in Positive Behaviors, Say MU Researchers

“According to terror management theory, people deal with their awareness of mortality by upholding cultural beliefs and seeking to become part of something larger and more enduring than themselves, such as nations or religions,” said Jamie Arndt, study co-author and professor of psychological sciences. “Depending on how that manifests itself, positive outcomes can be the result.” 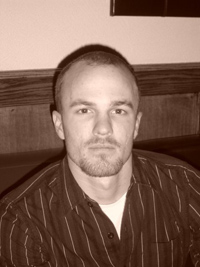 “The differences seen in this study resulted from the size of the group with which the test subjects identified,” said Ken Vail, lead author and psychology doctoral student. “In both cases, they responded to the awareness of mortality by seeking to protect the relevant groups. When the threat was localized, subjects aggressively defended their local group; but when the threat was globalized, subjects associated themselves with humanity as a whole and became more peaceful and cooperative.”

After real catastrophes, such as the terrorist attacks of 9/11 and the Oklahoma City bombing, people’s heightened fear and awareness of death had both positive and negative effects.

“Both the news media and researchers tended to focus on the negative reaction to these acts of terrorism, such as violence and discrimination against Muslims, but studies also found that people expressed higher degrees of gratitude, hope, kindness and leadership after 9/11.” Vail said. “In another example, after the Oklahoma City bombing, divorce rates went down in surrounding counties. After some stimuli escalates one’s awareness of death, the positive reaction is to try to reaffirm that the world has positive aspects as well.”

In their personal lives, people also were influenced to make positive choices after their awareness of death was increased. Studies found that conscious thoughts of death can inspire intentions to exercise more. Other studies found that keeping mortality in mind can reduce smoking and increase sunscreen use.

Even subconscious awareness of death can more influenced behavior. In one experiment, passers-by who had recently overheard conversations mentioning the value of helping were more likely to help strangers if they were walking within sight of cemeteries.

“Once we started developing this study we were surprised how much research showed positive outcomes from awareness of mortality,” said Arndt. “It seems that people may be just as capable of doing the opposite and ‘looking on the bright side of death,’ as the Monty Python song says.”