Clearly, grocery stores play an important role in our daily lives, but grocers are facing unseen outside challenges today that will change the way we view our neighborhood grocery store. From a top-down perspective, the online world has started to merge with the offline world.

The climax of this was the recent acquisition of Whole Foods by Amazon, which will allow Amazon to tap into the only large retail business it has not yet penetrated. So what does the future hold for your local neighborhood grocery store? In short, “winter is coming,” and grocers will face both top-down and bottom-up challenges from unfamiliar sources. 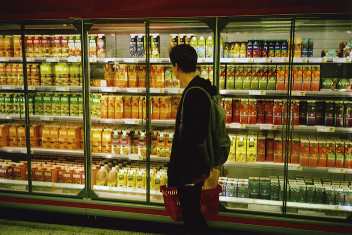 On average, every U.S. household makes about two trips to the grocery store per week, and grocery shopping accounts for 10-15 percent of retail sales. From an urban planning and development perspective, grocery stores serve as the anchor point for communities, and a successful grocery store will help a community thrive.

On the other hand, many run-down neighborhoods start to suffer when a grocery store leaves. The term “food desert” was coined to describe communities with limited access to grocery stores. Research also shows that having a grocery store within a community will increase residents’ access to healthy food and reduce their risk of obesity and other chronic diseases.

In 2007, Amazon started its own grocery business based in Seattle called Amazon Fresh, but it only accounted for less than 0.5 percent of the overall U.S. grocery market in 2017.

The Whole Foods acquisition will make it a real player in the grocery business by giving it access to Whole Foods’ 440 well-positioned stores and significantly improve Amazon’s delivery network, which could be used for both groceries and other items. It will also help Amazon enter the private grocery label business, which, together with its Prime service, will enable Amazon to eventually replace many physical stores.

This illustrates the new competition grocery stores are facing – direct challenges from many ingredient-and-recipe meal kit providers such as Blue Apron, Hello Fresh, Peach Dish, and now Amazon. The recent Blue Apron IPO signaled the starting point for this meal kit era. These fresh meal shipping plans have captured the millennial generation, new and future parents. It’s hard to imagine that millennials with good meal kit experiences will stop using them once they start their own families. So, grocers are facing both top-down and bottom-up competition, which might significantly reduce their customer base.

And what about those who physically grocery shop? What kind of stores will they go to? Both Amazon and Alibaba are testing their cashier-less grocery stores in Seattle and Hangzhou, China, respectively. Customers just need to use either the Amazon Go or Alibaba Ali Pay app to shop. They can just walk in, take products they want, and go. There are no lines and no checkouts.

The combination of restaurant quality meal kits, lightning fast delivery and cashier-less stores is similar to what happened in the early 2000s with Netflix and Redbox vs. Blockbuster. There is a possibility that many physical grocery stores will disappear during the next decade.

So what should grocers do to survive and thrive? The short answer is to be unique and foster a sense of community. Copying Blue Apron and Amazon won’t cut it.

A good grocery store should be able to provide unique, inexpensive, high-quality food choices. And they must adapt to their environments. Just as many malls across the country closed amid the boom of online shopping, large grocery stores such as H-E-B with huge parking lots may not survive online grocery delivery. Instead, smaller neighborhood stores, such as the German grocer Aldi’s or Trader Joe’s, might be in a better position to face the challenge.

But most importantly, a good grocery store fosters a sense of community among its customers. This sense of belonging creates loyalty and helps grocers stay in the game. In the end, uniqueness, technology adoption, downsizing and fostering a sense of community are the best strategies grocers can use to face the challenges ahead and thrive in the next decade.

Junfeng Jiao is an assistant professor and the director of the School of Architecture’s Urban Information Lab at The University of Texas at Austin.