AUSTIN, Texas — Microscopic fungi that live in plants’ roots play a major role in the storage and release of carbon from the soil into the atmosphere, according to a University of Texas at Austin researcher and his colleagues at Boston University and the Smithsonian Tropical Research Institute. The role of these fungi is currently unaccounted for in global climate models.

Some types of symbiotic fungi can lead to 70 percent more carbon stored in the soil.

“Natural fluxes of carbon between the land and atmosphere are enormous and play a crucial role in regulating the concentration of carbon dioxide in the atmosphere and, in turn, Earth’s climate,” said Colin Averill, lead author on the study and graduate student in the College of Natural Sciences at UT Austin. “This analysis clearly establishes that the different types of symbiotic fungi that colonize plant roots exert major control on the global carbon cycle, which has not been fully appreciated or demonstrated until now.”

“This research is not only relevant to models and predictions of future concentrations of atmospheric greenhouse gases, but also challenges the core foundation in modern biogeochemistry that climate exerts major control over soil carbon pools,” added Adrien Finzi, co-investigator and professor of biology at Boston University. 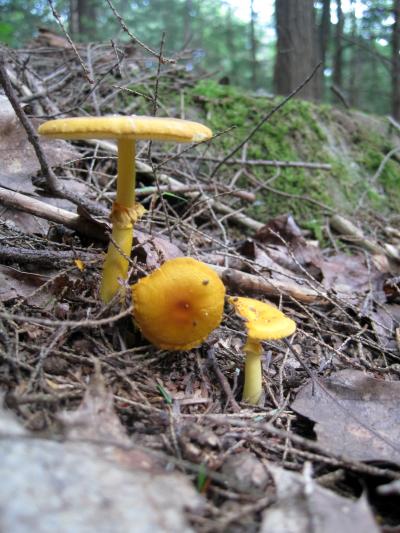 This is a photo of the fruiting body of an ectomycorrhizal fungus associated with the roots of a Hemlock tree in Harvard Forest. Image credit: Colin Averill (Image via Eurekalert)

Averill, Finzi and Benjamin Turner, a scientist at the Smithsonian Tropical Research Institute, published their research this week in Nature.

Soil contains more carbon than both the atmosphere and vegetation combined, so predictions about future climate depend on a solid understanding of how carbon cycles between the land and air.

Plants remove carbon from the atmosphere during photosynthesis in the form of carbon dioxide. Eventually the plant dies, sheds leaves, or loses a branch or two, and that carbon is added to the soil. The carbon remains locked away in the soil until the remains of the plant decompose, when soil-dwelling microbes feast on the dead plant matter and other organic detritus. That releases carbon back into the air.

One of the limits that both the plants and the soil-dwelling microbes share is the availability of nitrogen, an essential nutrient for all life. Most plants have a symbiotic relationship with mycorrhizal fungi, which help extract nitrogen and nutrients from the soil and make that nitrogen available for the plants to use. Recent studies have suggested that plants and their fungi compete with the soil microbes for the nitrogen available in the soil and that this competition reduces decomposition in the soil.

There are two major types of the symbiotic fungi, ecto- and ericoid mycorrhizal (EEM) fungi and arbuscular mycorrhizal (AM) fungi. EEM fungi produce nitrogen-degrading enzymes, which allows them to extract more nitrogen from the soil than the AM fungi extract.

Examining data from across the globe, Averill and his colleagues found that where plants partner with EEM fungi, the soil contains 70 percent more carbon per unit of nitrogen than in locales where AM fungi are the norm. 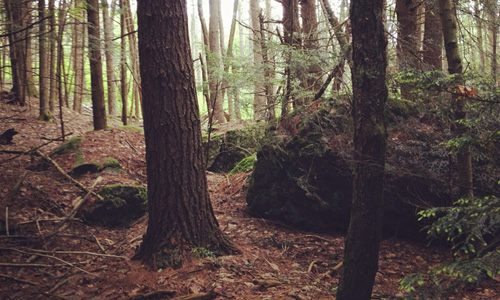 The EEM fungi allow the plants to compete with the microbes for available nitrogen, thus reducing the amount of decomposition and lowering the amount of carbon released back into the atmosphere.

“This study is showing that trees and decomposers are really connected via these mycorrhizal fungi, and you can’t make accurate predictions about future carbon cycling without thinking about how the two groups interact. We need to think of these systems holistically,” said Averill.

The researchers found that this difference in carbon storage was independent of and had a much greater effect than other factors, including the amount of plant growth, temperature and rainfall.

Averill is a student in the ecology, evolution and behavior graduate program in the lab of Christine Hawkes, associate professor in the Department of Integrative Biology.