Sundance Looks to StorSimple to Simplify Its Massive Storage Needs

Like many other innovations, StorSimple’s breakthrough began with a fundamental observation followed by a simple question.

“Enterprises store a monumental amount of data every year, but up to 80 percent of that data is never or only rarely accessed,” says Ursheet Parikh, CEO and co-founder of StorSimple. “We wondered, “What kind of storage system would accommodate enterprises’ actual data access requirements most effectively?” That question drove our design goals.” 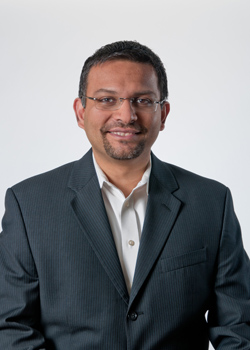 Traditional storage is expensive. The inherent fragility of disk drives means that storage products wear out faster than other IT products, leading to high maintenance and replacement costs. Cloud storage shifts those costs and the technology refresh cycle to the cloud service provider, vastly reducing costs to enterprise companies.

“Cloud storage products are hard to build, and few manufacturers create enterprise-level products,” Parikh says. “Existing storage providers, the ones with the most expertise, had the least incentive to create cloud-based competition for their own incumbent business model. As an unencumbered startup, we had an opportunity to approach the problem from a new perspective, combining the established with the new.”

In 2009 Parikh created a business plan for an enterprise-level storage company that he started presenting to Silicon Valley venture capital (VC) firms, in search of funding. Unbeknownst to Parikh, storage industry expert Guru Pangal, a pioneer in the early development of Fibre Channel and Small Computer System Interface (SCSI) technologies, was shopping around a similar business plan at the same time.

“The VC we both approached suggested Guru and I meet; we connected and we got along well, so we joined forces,” Parikh says. “Within a week of our first joint VC meetings, we had term sheets in hand for funding StorSimple.”

StorSimple’s innovative cloud-integrated enterprise storage approach quickly found traction with organizations worldwide because it combines on-premise and cloud capabilities in a more secure and transparent manner. Within a couple years of launch, StorSimple was providing cloud-integrated storage solutions for high-profile customers, including a large number of Fortune 1000 companies.

Rapid customer traction has enabled StorSimple to grow quickly. Its more than 50 team members thrive in a company culture Parikh describes as based on intellectual honesty, accountability and passion: “We have a great team here that creates solid products that solve real customer problems.”

Taking Advantage of the Full Range of BizSpark Programs

In announcing that award, Dan’l Lewin, corporate vice president for Strategic and Emerging Business Development at Microsoft, says, “StorSimple has leveraged the full range of the BizSpark program’s offering, from world-class development tools to a global network of partners and customers. As a result, it has accelerated its business opportunity and increased its market presence while adding value for its investors.”

“The BizSpark program has been an important component of StorSimple’s rapid success,” Parikh says. “The association with Microsoft gave us instant credibility and exposure, and we’ve been able to achieve faster joint customer success than would have been expected for a startup. We work well on core issues, such as sales alignment and compensation alignment, that could be onerous without such close cooperation.”

The BizSpark connection also enabled StorSimple to discover more about Microsoft’s emphasis on and commitment to the Windows Azure cloud platform — and it opened the door to Microsoft’s inclusion of StorSimple demos as part of its prestigious and influential Microsoft Technology Center programs.

“I think Microsoft should get lot of credit for how they’re executing, especially for their cloud offerings,” Parikh says.

StorSimple’s growing list of awards and high-profile testimonials attests to the effectiveness of its cloud-integrated enterprise storage solutions.

“Now that anyone can run out and shoot HD video, we were ending up with gigabytes and gigabytes of film content needing storage,” says Justin Simmons, associate director of Technology Services for the Sundance Institute.

Compounding this ongoing challenge, during the months of the Sundance Film Festival, the institute’s staff doubles, festival logistics ramp up to support the 40,000 attendees, and the small IT staff has to scale quickly to support the expanded user community and the increased storage demands.

“We were looking for a new storage solution with on-premise storage and easy locations that also had a cloud tier, and when I heard it could really be done within one box with StorSimple, we recognized what a huge time and cost saver it would be for us,” Simmons says.

The Sundance Institute moved all its unstructured file storage to the StorSimple Solution. The impact was immediate: StorSimple’s de-duplication capabilities eliminated the Sundance Institute’s need for tape backup as it moved to the cloud. The institute also appreciated StorSimple’s certification and seamless operation with VMware and with its Microsoft products already in place, including Microsoft Exchange and Microsoft SharePoint, as well as the fact that StorSimple helps ensure the security of data residing in a public cloud by encrypting data in flight and at rest.

“StorSimple has freed up a lot of resources on our existing storage, so we are able to delay or potentially entirely put off what would have been a very expensive new SAN purchase,” Simmons says. “And instead of spending potentially half her time managing backups, our system administrator is no longer buried under a backup storage shell game. With StorSimple backing up straight to the cloud, she can now use her time to work on new projects and new initiatives for the Sundance Institute.”