Proteins called TAFs were once thought to be generic cogs in the machinery of gene expression, but in a new study Brown University scientists propose that they may be important suspects in the progression of ovarian cancer that should not continue to be overlooked.

PROVIDENCE, R.I. [Brown University] — In the complex genomic and molecular conspiracy that gives rise to ovarian cancer, what if researchers have been missing a whole set of suspects because they’ve been hiding in plain sight? That’s the argument made by Brown University biologists in a new paper that combines evidence from original research and prior studies to raise new suspicions about a set of proteins that assist in regulating gene expression.

Scientists need such new leads in their investigation of ovarian cancer, the most deadly reproductive cancer. Mortality has remained tragically steady since the last major therapeutic breakthrough came in the 1990s. Pursuing the evidence that these proteins may be involved could allow researchers to make new progress.

“There is just not a lot of headway being made in ovarian cancer,” said pathobiology graduate student Jennifer Ribeiro, lead author of the study online in Frontiers in Oncology. “This is a different perspective. It’s a high-risk but potentially high-reward scenario.” 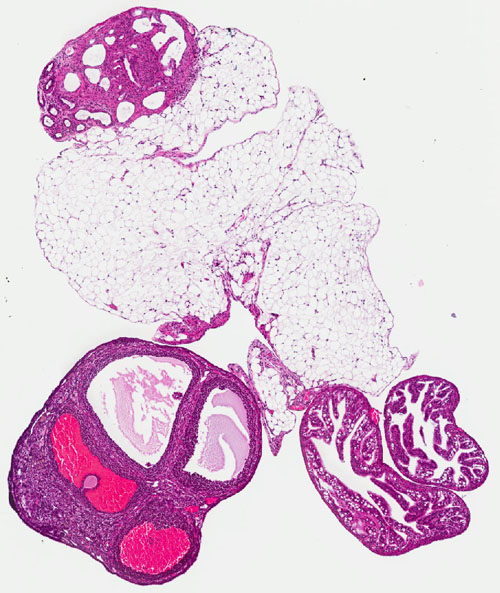 Ribeiro’s proteins of interest are called TAFs. Traditionally biologists have seen them merely as cogs in a universal and generic system that enables enzymes to transcribe genes into RNA, said study senior author Richard Freiman, associate professor of medical science at Brown. But in the new paper he and Ribeiro propose that TAFs may not merely be going about their droning business as ovarian tumors go haywire. They may be meaningfully associated with the calamity.

Guilt by many associations? 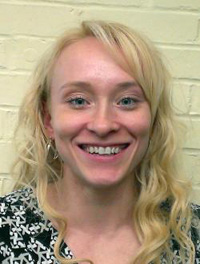 Jennifer Ribeiro. “We’ve compiled this hypothesis and provided the data that we think is relevant, but there still is much that is not known.” Image credit: Brown University

An early hint of a link between TAFs and ovarian cancer emerged in a 2011 Nature paper, coauthored by Brown University computer science researchers. Ribeiro followed up on that tip to make some of her main original findings in the new paper. By poring over the cBioPortal database of cancer genomics, she found that several TAFs are often significantly overexpressed or underexpressed in ovarian cancer. TAF2 amplifications, copy number gains, and expression increases are present in 73 percent of tumors. TAF4 is amplified or upregulated in 66 percent of tumors, and TAF4B is amplified or upregulated in 26 percent. TAF9, meanwhile, is rendered significantly less expressed in 98 percent of ovarian tumors.

The ups and downs of TAF expression alone might not be that interesting if TAF activity didn’t have any mechanistic influence in cancer cell biology. But in her review of scores of studies and further original research, Ribeiro presents reasons to believe that in specific tissues and contexts around the body, these TAFs take on roles that are relevant.

“They are not just general transcription factors,” Freiman said. “They do much more specific things.”

The worst tumors are ones in which cells have “dedifferentiated,” which means they’ve lost their specific identities and reverted to a more generic, stem cell-like form. Sure enough, Ribeiro and Freiman have found that TAFs such as TAF4 and TAF4B are downregulated when stem cells differentiate. That makes their upregulation in ovarian tumors suspicious.

TAF4B also emerges as a cancer suspect in the study because of its apparent role in promoting cell proliferation, a major problem in the runaway cell multiplication in tumors. Lindsay Lovasco, a postdoctoral fellow at Brown and second author of the study, ran an experiment in mouse models where she removed some of the liver and measured whether TAFs expression changed while the tissue regenerated. Expression of Taf4b (the gene in mice) did increase significantly. Also, in human ovarian granulosa cell-derived tumors, in collaboration with Dr. Barbara Vanderhyden at the University of Ottawa, Ribeiro found that TAF4B expression correlates strongly with Cyclin D2 expression, a protein that specifically promotes granulosa cell proliferation.

Even more suspicion falls on TAF4B based on Ribeiro’s finding published last year in Biology of Reproduction that estrogen upregulates the protein in mouse ovaries and in estrogen-supplemented mouse ovarian tumors. In humans, long-term estrogen hormone replacement therapy has been associated with a greater risk of ovarian cancer. 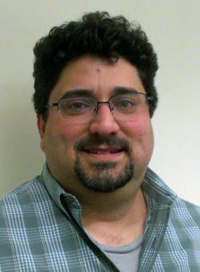 Meanwhile, TAF2 may have its own cancer-related modus operandi. Work by other researchers has shown that TAF2 boosts the expression of a protein called C-SRC, that promotes cell growth and proliferation. Perhaps not surprisingly, other studies have found that C-SRC is overexpressed in ovarian tumors.

“Given these results, it is possible that TAF2 overexpression could increase transcription of C-SRC in some ovarian tumors,” the researchers wrote.

Ribeiro and Freiman readily acknowledge that the case they build is circumstantial, but they argue it is more than enough for cancer researchers to look at TAFs as potential targets in their search for new treatments.

“We’ve compiled this hypothesis and provided the data that we think is relevant, but there still is much that is not known about it,” Ribeiro said.

In the lab now, Ribeiro and Freiman are testing the effects in human ovarian cancer cells of manipulating TAF expression and function.