As the last ice age was ending, about 13,000 years ago, a final blast of cold hit Europe, and for a thousand years or more, it felt like the ice age had returned.

But oddly, despite bitter cold winters in the north, Antarctica was heating up.

For the two decades since ice core records revealed simultaneous warming and cooling at opposite ends of the planet during this time period, scientists have looked for an explanation.

Results of a new study published this week in the journal Nature bring them a step closer by establishing that New Zealand was also warming.

“New advances in the use of cosmogenic isotopes [used in this research] allow dating with hundreds of years’ resolution, and correlation of key deposits such as the moraines in New Zealand,” said Enriqueta Barrera, program director in the National Science Foundation’s (NSF) Division of Earth Sciences, which funded the research. 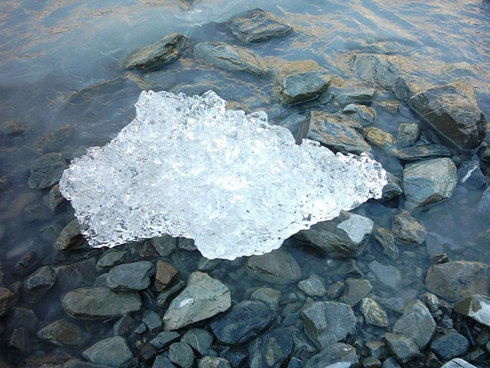 About the image: Geologists have found clues to past climate changes in New Zealand’s melting glaciers. Image credit: Government of New Zealand

“Further application of this technique will reveal the details of climate change in different regions since the last glaciations.”

The finding indicates that the deep freeze up north, called the Younger Dryas for the white flower that grows near glaciers, bypassed much of the southern hemisphere.

“Glaciers in New Zealand receded dramatically at this time, suggesting that much of the southern hemisphere was warming with Antarctica,” said lead author Michael Kaplan, a geochemist at Columbia University’s Lamont-Doherty Earth Observatory.

“Knowing that the Younger Dryas cooling in the northern hemisphere was not a global event brings us closer to understanding how Earth finally came out of the ice age.” 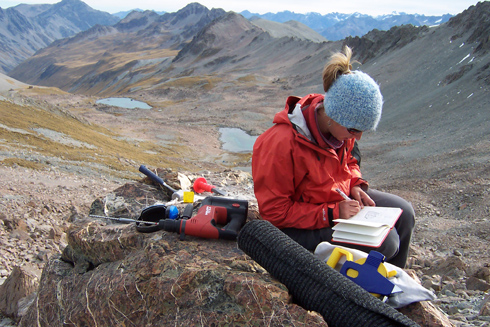 The study is the first to link this spike in CO2 to the impressive shrinking of glaciers in New Zealand.The scientists estimate that glaciers lost more than half of their extent over a thousand years, and that their creep to higher elevations was a response to the local climate warming as much as 1 degree C.To reconstruct New Zealand’s past climate, the scientists tracked one glacier’s retreat on South Island’s Irishman Basin.

By crushing this material and measuring the build-up of the cosmogenic isotope beryllium-10, scientists can pinpoint when the glacier receded. 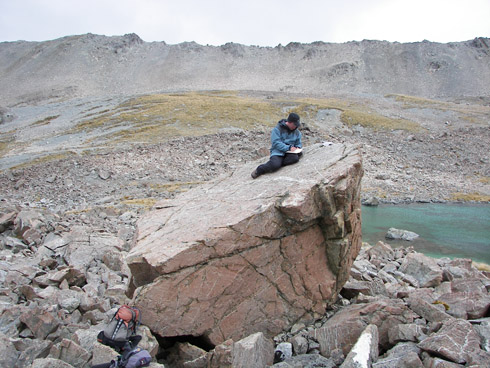 The beryllium-10 method allowed the researchers to track the glacier’s retreat upslope through time and indirectly calculate how much the climate warmed.

The overall trigger for the end of the last ice age came as Earth’s orientation toward the sun shifted, about 20,000 years ago, melting the northern hemisphere’s large ice sheets.

As fresh meltwater flooded the North Atlantic Ocean, the Gulf Stream weakened, driving the north back into the ice age.

During this time, temperatures in Greenland dropped by about 15 degrees C.

For years, scientists have tried to explain how the so-called Younger Dryas cooling fit with the simultaneous warming of Antarctica that eventually spread across the globe. 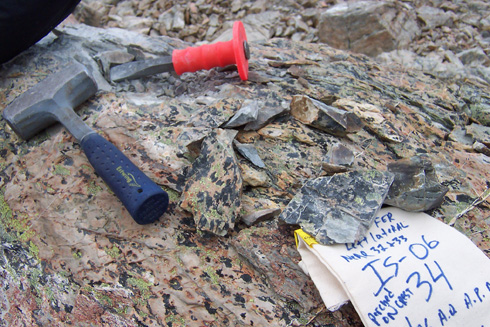 About the image: Samples were flown out of Irishman Basin by helicopter and shipped to the U.S. for analysis. Image credit: Mike Kaplan

In one, the weakening of the Gulf Stream reconfigures the planet’s wind belts, pushing warm air and seawater south, and pulling carbon dioxide from the deep ocean into the air, causing further warming.In the other, the weakened Gulf Stream triggers a global change in ocean currents, allowing warm water to pool in the south, heating up the climate.

Bob Anderson, a geochemist at Lamont-Doherty who argues that winds played the dominant role, says the Nature paper adds another piece to the puzzle.

“This is one of the most pressing problems in paleoclimatology because it tells us about the fundamental processes linking climate changes in the northern and southern hemispheres,” he said.“Understanding how regional changes influence global climate will allow scientists to more accurately predict regional variations in rain and snowfall.”