Astronomer John Gizis of the University of Delaware, working with data obtained by NASA’s Kepler telescope, is studying a highly unusual dwarf star and its powerful flares that may hold clues to the likelihood of life on other planets as well as to the behavior of our sun.

Gizis, associate professor in the Department of Physics and Astronomy, discovered the star two years ago using a ground-based telescope and now has conducted additional research using Kepler observations over the past two years.

Known as an L-dwarf, this coolest type of star is about 53 light years from Earth. About once a week, the star flares, heating up from its usual 3,700 degrees Fahrenheit to about 14,000 degrees in just three minutes, and then slowly cooling again.

“We saw these white-light flares, which were a first for such a cool star,” Gizis said. “We hope we can use what we’re learning to understand what’s happening with our sun — how flares work there and how magnetic fields in stars behave.”

In addition, he said, the powerful flares may indicate that conditions for life on other planets near such activity are more dangerous than previously thought. 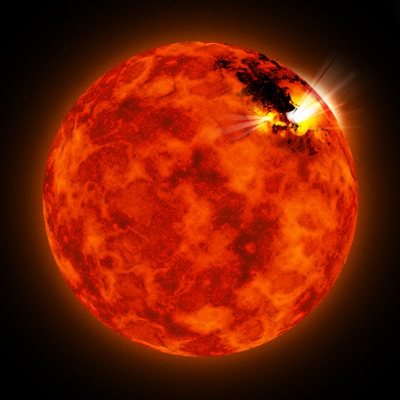 This illustration shows what a powerful flare looks like on the L-dwarf star discovered by John Gizis. Illustration by Rob Gizis

Kepler, the NASA mission subtitled “A Search for Habitable Planets,” launched in 2009 and orbited the sun, focusing on a single, large section of sky. With recent equipment malfunctions, scientists believe the mission has now come to an end.

Gizis expects to spend about six more months analyzing data that Kepler has already gathered and to then continue studying the L-dwarf with different equipment.

“What was really marvelous about Kepler is that it was able to watch about 160,000 stars for four years without a break, which would have been impossible otherwise,” Gizis said. “And now that we know what we’re looking for, we can continue to observe the L-dwarf with other telescopes.”

The star, designated W1906+40, is smaller than Jupiter, cooler than the sun and “many billions” of years old, possibly a similar age as the 4 billion-year-old sun, he said. It’s closer to Earth than the other stars Kepler studied, but because it’s dimmer, it was more difficult to find. 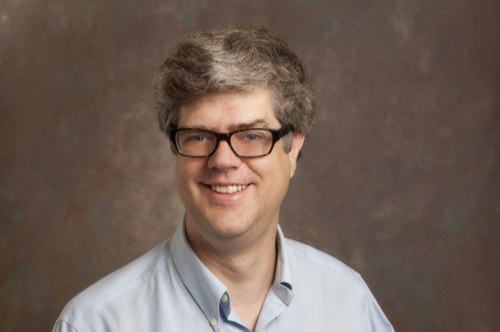 He presented his discoveries June 3 at the 222nd meeting of the American Astronomical Society, and the results are to be published in an upcoming issue of The Astrophysical Journal. His presentation at the society’s meeting has resulted in media attention, with articles appearing in publications including The Economist and Nature World News.

The research was funded by a NASA grant.