Smoking: Quitting is Tough for Teens, too

A new study finds that relatively early into tobacco addiction, teens experience many of the same negative psychological effects during abstinence as adults do, with a couple of exceptions. The data can inform efforts to improve the efficacy of quitting and withdrawal treatment programs.

PROVIDENCE, R.I. [Brown University] — Abstinence from smoking seems to affect teens differently than adults in a couple of ways, but a new study provides evidence that most of the psychological difficulties of quitting are as strong for relatively new, young smokers as they are for adults who have been smoking much longer.

“Adolescents are showing — even relatively early in the dependence process — significant, strong, negative effects just after acute abstinence from smoking,” said L. Cinnamon Bidwell, assistant professor (research) in psychiatry and human behavior at the Center for Alcohol and Addiction Studies. “Our study shows what those specific effects are. We chose a broad array” of factors to study.

In controlled experiments, teens who abstained for nearly a day experienced withdrawal symptoms, smoking urges, exacerbations of negative mood, and higher provoked cravings at levels similar to those previously measured in abstaining adults, according to the study published online Sept. 4 in the journal Nicotine and Tobacco Research. Teens who abstained did differ from adults on two measures however: They didn’t become more irritated by certain test sounds and they didn’t lose the capacity to still feel happy (“positive affect” in the study’s parlance). 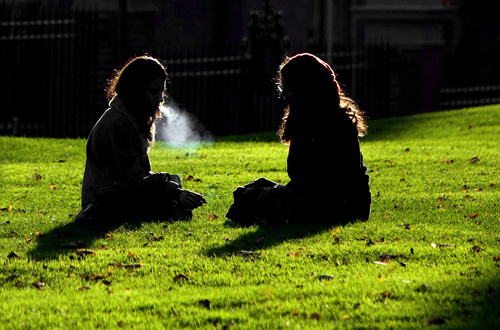 Just as tough for younger smokers Adolescent smokers who abstain from smoking show many of the same withdrawal symptoms and negative reactions as adults who have smoked many years more. Image credit: Mike Cohea/Brown University

“In terms of the subjective negative reactions and the urge reactions, their patterns look remarkably similar to adults,” said Suzanne Colby, associate professor (research) in psychiatry and human behavior at the center. That is really interesting because they are smoking fewer cigarettes per day and they’ve just been smokers for a shorter period of time.”

To conduct the research, lead author Bidwell, senior author Colby, and their team measured a variety of psychological effects on 96 teens aged 13 to 19 in three experimental groups: 22 nonsmokers, 47 smokers whom they asked to abstain for almost a full day, and 27 smokers whom they allowed to continue smoking. On average the teen smokers coming into the study consumed about nine cigarettes a day and had been smoking for about two years. 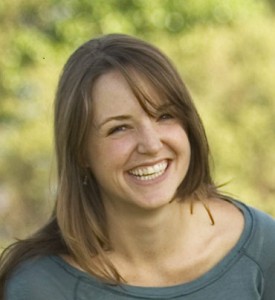 The researchers made the psychological measurements using standardized methods at two sessions with each group. For the abstainers the first session occurred before abstention and the second occurred during it. The researchers measured the smokers’ expired carbon monoxide levels in breath samples at the first session to establish a baseline and again at the second session to confirm whether abstinence, or continued smoking, had indeed occurred.

Among the team’s findings was the surprising degree to which abstaining teens felt cravings even when presented with supposedly neutral cues. Their measured craving levels, even when “provoked” with cues as innocuous as a pencil and pad of paper, were about as high as when they were shown overt smoking cues, such as a lit cigarette of their favorite brand.

“They came in and their craving and negative affect were already high,” Colby said.

What the researchers observed, therefore, was not that abstaining teens have an elevated level of craving when shown smoking cues versus neutral ones, but that their craving level is elevated almost regardless of experimental cues. But when the researchers compared abstainers to peers who either don’t smoke at all, or who didn’t have to stop smoking, the abstainers did exhibit a stronger “peak” reaction from smoking-specific cues than the other teens did. 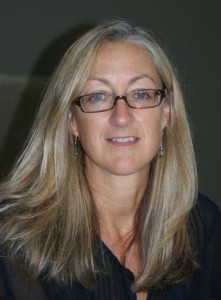 Suzanne Colby: “Their (smoking) patterns look remarkably similar to adults. That is really interesting because they are smoking fewer cigarettes per day and they’ve just been smokers for a shorter period of time.” Image credit: Brown University

Ultimately, Bidwell and Colby hope the research will inform efforts to make smoking cessation and withdrawal treatment more effective for teens. Would it help, they ask, if treatment tried to mitigate these measurable difficulties of abstaining?

“Our findings point to withdrawal, urge (both un-cued and peak provoked), and negative affect (both un-cued and peak provoked) as candidate mediators for treatment efficacy in adolescents and suggest that future treatment trials should be designed to test mediation through these mechanisms,” the authors wrote. “It remains unclear whether the lack of efficacy emerges because these treatments do not effectively reduce abstinence effects or, alternatively, because the theoretical approach is incorrect (e.g. these treatments are effective at reducing abstinence effects but reducing the negative effects abstinence does not improve cessation outcomes).”

In addition to Bidwell and Colby, other authors are Jennifer Tidey and Linda Brazil of Brown, Raymond Niaura of Brown and The Schroeder Institute for Tobacco Research and Policy Studies, and Adam Leventhal of the University of Southern California.