Sleep plays an important role in the brain’s ability to consolidate learning when two new potentially competing tasks are learned in the same day, research at the University of Chicago demonstrates.

Other studies have shown that sleep consolidates learning for a new task. The new study, which measured starlings’ ability to recognize new songs, shows that learning a second task can undermine the performance of a previously learned task. But this study is the first to show that a good night’s sleep helps the brain retain both new memories.

Starlings provide an excellent model for studying memory because of fundamental biological similarities between avian and mammalian brains, scholars wrote in the paper, “Sleep Consolidation of Interfering Auditory Memories in Starlings,” published in the current online edition of Psychological Science. 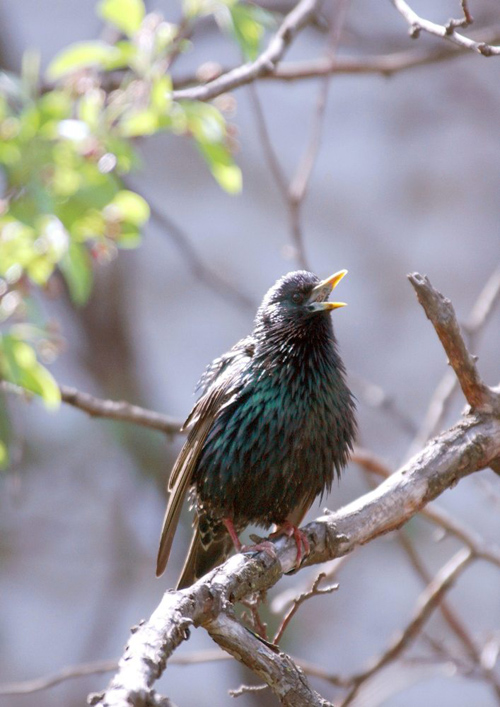 A new study of starlings shows that sleep consolidates learning, even when two competing tasks are learned in the same day. Photo by Daniel D. Baleckaitis

In their experiments, the authors examined the effect of sleep on the consolidation of starlings’ memories. After learning the second pair of songs, they were tested on the first before they went to sleep. They varied the time between testing.

When the starlings were allowed to sleep, however, they showed increases in performance on both the first and second pair of songs, suggesting that sleep consolidation enhances their memory, overcoming the effects of interference. When taught a new song pair after awaking, the birds were still able to remember what they had learned on the previous day, despite the new interference.

“The study demonstrates that sleep restores performance and makes learning robust against interference encountered after sleep. This process is critical to the formation and stability of long-term memories,” Nusbaum said.