*UA scientists have teamed up to study the relationship between arsenic in human toenails and arsenic concentration in drinking water. Exposure to arsenic is associated with several chronic diseases ranging from dermatitis to various cancers.*

Scientists from the University of Arizona specializing in environmental health sciences and pharmacology and toxicology have teamed up with the help of a seed grant to study the relationship between arsenic in human toenails and arsenic concentration in drinking water.

Arsenic exposure in Arizona is a concern because of naturally occurring contamination of groundwater, said Miranda Loh, assistant professor of environmental health sciences at the UA Mel and Enid Zuckerman College of Public Health. 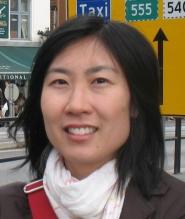 Exposure to arsenic is associated with several chronic diseases ranging from dermatitis to various cancers. Understanding how people are exposed and which groups are affected helps researchers develop ways to reduce exposure and protect populations.

Sometimes arsenic can be found in food and water people consume; bodies process some of the arsenic, and it is excreted without harm. In other cases, some arsenic may stay in the body and potentially cause harm. Arsenic deposited in toenails gives scientists an indication of how much arsenic might be stored in the body.

Private well water is not monitored and regulated by the U.S. Environmental Protection Agency and therefore poses a risk of having high arsenic concentrations because of rocks that surround the source of the water.

“By studying traces of arsenic found in toenails, we can estimate the amount of arsenic that is present in the human body and relate that to the arsenic that they eat or drink,” said Loh, the study’s principal investigator. 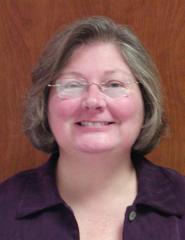 Toenails reflect arsenic exposure from several months earlier and are relatively easy to collect compared to some measures of arsenic in the human body. Toenail arsenic also is not affected by the type of arsenic found in seafood, which is not considered toxic, compared to the type found in well water.

“Long-term use of a toenail biomarker to test for arsenic enables people living in high-risk areas to determine the extent of their exposure and potential for related health risks. It can be used as a screening tool to reduce exposure that is associated with several cancers and possibly other diseases,” said Mary Kay O’Rourke, associate professor of environmental and occupational health at the UA Zuckerman College of Public Health.

Walter Klimecki, an assistant professor of pharmacology and toxicology at the UA College of Pharmacy, is a collaborator on the study with expertise in biomarkers and interest in population studies about arsenic.

Researchers will collect water and toenail samples from study participants. This will provide information on whether people are getting a constant exposure from their well water or whether high levels only occur at certain times of the year.

“By collecting both water and toenail samples of arsenic, we hope to determine whether the arsenic in well water is related to the amount of arsenic that we may find in a person’s body, or whether they may have another important source of arsenic exposure. This type of information will help people determine the most effective method of reducing their exposure,” Loh said.

The one-year, $20,000 seed grant was funded by the Technology Research Initiative Fund administered by the Arizona Board of Regents through the UA Water, Environment, and Energy Solutions initiative.

Loh and O’Rourke will donate some of their own time to the project and are pursuing additional areas of funding for the work.