Menthol improves the taste of nicotine in cigarettes and smokeless tobacco products and may help people develop and maintain their smoking and chewing habits, according to a new study by the Yale Tobacco Center of Regulatory Science (TCORS).

The study, published in the journal Tobacco Control, revealed that menthol masks the bitter taste of the highly addictive drug nicotine, which is found in tobacco products. 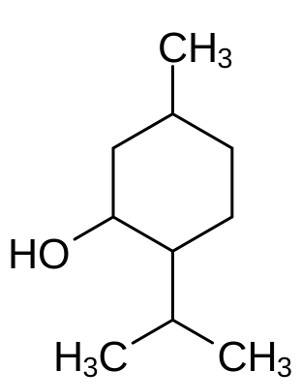 Menthol is the minty and cooling agent in peppermint, and is a popular flavor in tobacco products because it masks the taste of nicotine. More than 30 percent of smokers in the United States smoke menthol cigarettes, and most beginning smokers prefer menthol. Smokeless tobacco products like snuff, dip, chew, and snus also come in mentholated varieties.

In the study, researchers presented mice with a choice of water with nicotine, or water containing both nicotine and menthol. The mice strongly preferred the mentholated nicotine and did so repeatedly over days.

According to the researchers, mice and humans sense menthol with specific temperature-sensing nerves in the mouth. When this mechanism was disrupted, menthol lost its effects and the mice strongly avoided nicotine.

“Menthol is not only a pleasant flavor, but has potent sensory effects that make it easier to consume nicotine,” said Sven-Eric Jordt, senior author of the study. “We hope our findings will inform regulatory policies to curtail tobacco use and prevent children from becoming addicted to tobacco.”

The study was a collaboration between Jordt’s laboratory at Duke University School of Medicine and Marina Picciotto’s laboratory at Yale, both members of TCORS in the Yale Department of Psychiatry, funded by the National Institute on Drug Abuse (NIDA) and the Food and Drug Administration (FDA).