Raising the IQ of Smart Windows

Researchers at the U.S. Department of Energy’s Lawrence Berkeley National Laboratory (Berkeley Lab) have designed a new material to make smart windows even smarter. The material is a thin coating of nanocrystals embedded in glass that can dynamically modify sunlight as it passes through a window. Unlike existing technologies, the coating provides selective control over visible light and heat-producing near-infrared (NIR) light, so windows can maximize both energy savings and occupant comfort in a wide range of climates.

“In the US, we spend about a quarter of our total energy on lighting, heating and cooling our buildings,” says Delia Milliron, a chemist at Berkeley Lab’s Molecular Foundry who led this research. “When used as a window coating, our new material can have a major impact on building energy efficiency.” 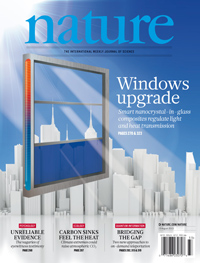 Milliron is corresponding author on a paper describing the results the journal Nature. The paper is titled, “Tunable near-infrared and visible light transmittance in nanocrystal-in-glass composites,” co-authored by Anna Llordés, Guillermo Garcia, and Jaume Gazquez.

Milliron’s research group is already well known for their smart-window technology that blocks NIR without blocking visible light. The technology hinges on an electrochromic effect, where a small jolt of electricity switches the material between NIR-transmitting and NIR-blocking states. This new work takes their approach to the next level by providing independent control over both visible and NIR light. The innovation was recently recognized with a 2013 R&D 100 Award and the researchers are in the early stages of commercializing their technology.

Independent control over NIR light means that occupants can have natural lighting indoors without unwanted thermal gain, reducing the need for both air-conditioning and artificial lighting. The same window can also be switched to a dark mode, blocking both light and heat, or to a bright, fully transparent mode.

“We’re very excited about the combination of unique optical function with the low-cost and environmentally friendly processing technique,” said Llordés, a project scientist working with Milliron. “That’s what turns this ‘universal smart window’ concept into a promising competitive technology.” 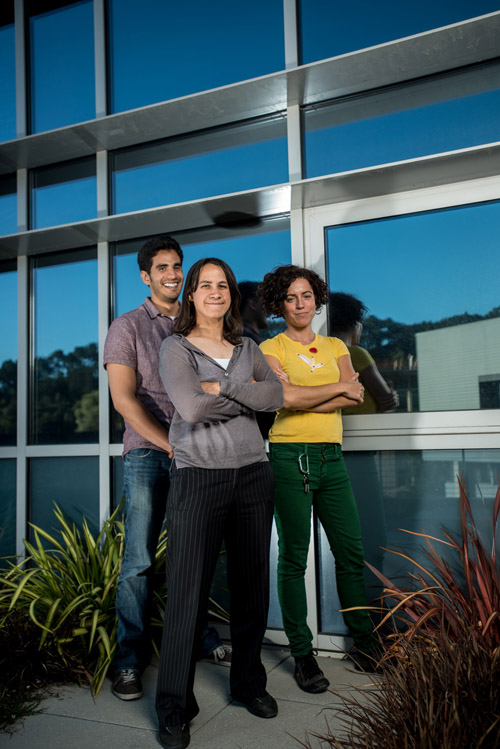 At the heart of their technology is a new “designer” electrochromic material, made from nanocrystals of indium tin oxide embedded in a glassy matrix of niobium oxide. The resulting composite material combines two distinct functionalities—one providing control over visible light and the other, control over NIR—but it is more than the sum of its parts. The researchers found a synergistic interaction in the tiny region where glassy matrix meets nanocrystal that increases the potency of the electrochromic effect, which means they can use thinner coatings without compromising performance. The key is that the way atoms connect across the nanocrystal-glass interface causes a structural rearrangement in the glass matrix. The interaction opens up space inside the glass, allowing charge to move in and out more readily. Beyond electrochromic windows, this discovery suggests new opportunities for battery materials where transport of ions through electrodes can be a challenge. 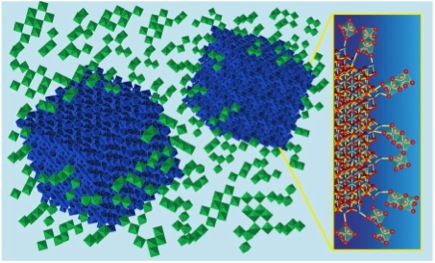 Nanocrystals of indium tin oxide (shown here in blue) embedded in a glassy matrix of niobium oxide (green) form a composite material that can switch between NIR-transmitting and NIR-blocking states with a small jolt of electricity. A synergistic interaction in the region where glassy matrix meets nanocrystal increases the potency of the electrochromic effect. Image credit: Berkeley Lab

“From a materials-design perspective, we’ve shown that you can combine very dissimilar materials to create new properties that are not accessible in a homogeneous single phase material, either amorphous or crystalline, by taking nanocrystals and putting them in glass,” says Milliron.

But for Milliron, the research journey is even more satisfying than either basic scientific discovery or technological advances alone.

“The most exciting part has been taking this project all the way from synthesizing a new material, to understanding it in great detail, and finally to realizing a completely new functionality that can have a big impact on technology,” says Milliron. “Taking a materials development project all the way through that process is really quite remarkable. It really speaks to what we can do at Berkeley Lab, where you have access to not just the scientific facilities but also to people who can inform your perspective.”

The work at the Molecular Foundry was supported by the DOE’s Office of Science.