Protecting People From Deadly Floods, Quakes in The Philippines

ANN ARBOR, Mich.— Typhoons thrash the Philippines every year, causing flash flooding and mudslides that often kill hundreds of people in the Southeast Asian nation. Many blame the death and destruction on the wrath of nature. But Gavin Shatkin has a different view.

“Disasters are not natural,” said Shatkin, an associate professor of urban planning at the University of Michigan. “They happen because of social structures.”

The problem with the Philippines–especially its sprawling capital, Manila–is that too many people live in areas vulnerable to deadly flooding because they can’t afford to dwell in safer places, Shatkin said.

Another problem is a lack of information. “They’re limited with what they can do because they don’t have basic data that says where the people are who are most threatened by floods,” he said. 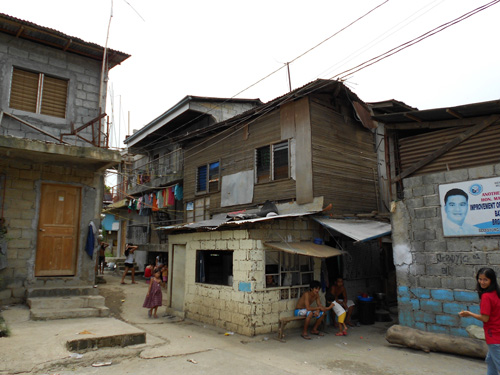 Shatkin and a group of eight graduate students in U-M’s Urban and Regional Planning Program will help address these problems when they travel to the country next week.

They will spend a week in low-income communities along the Marikina River, which runs through the greater metropolitan Manila area, home to more than 11 million people. The students will research ways to restructure communities so that disasters won’t hit them so hard and the neighborhoods can snap back faster.

“A big part of what we’re looking at is the idea of vulnerability,” said Shatkin, who has done extensive research in the Philippines over the past 13 years.

Learning more about the residents is also a key part of the trip, said Elizabeth Renckens, one of the graduate students involved in the project.

“We’ll be doing house-to-house surveys to find out about economic vulnerability. We want to find out what drives people to the area. Do they plan to stay?” Renckens said.

Flooding isn’t the only concern. The group will also be evaluating earthquake preparedness. Seismologists are warning that a massive quake may soon hit the Manila area. They estimate the quake could damage 40 percent of the residential buildings and kill 52,000 people.

“We’re looking at a city that could be the next site of a major disaster,” Shatkin said.

When the research is finished, the group will present a plan for its client, the Center for Disaster Preparedness, a non-governmental organization involved in disaster preparedness.

“The organization is happy to work with the University of Michigan because we’re not just doing research,” Shatkin said. “We will present a plan.”

For more information on the Taubman College of Architecture and Urban Planning at the University of Michigan visit: https://taubmancollege.umich.edu/