In the mountains of the Sichuan Province of southwestern China, the Wolong Panda Nature Reserve is home to both the endangered peaceful mountain dwellers it is mandated to protect and the residents of the valley where the habitat of the giant panda is being restored. It’s also home base for research that holds important insights into the future of pandas and people.

Jack Liu, University Distinguished Professor of fisheries and wildlife, has been conducting research over the past 15 years, creating a framework for studying ecological sustainability and how deeply entwined the human and natural worlds are. One example: the fate of pandas is in a precarious state as climate change models predict large swaths of bamboo will become unavailable as a result of human development.

Understanding changes to panda habitat is an important way for science to inform policies that can reduce and reverse negative impacts caused by humans.  With the right policies in place, human lifestyle and behavior can help instead of hurt pandas—and the planet. 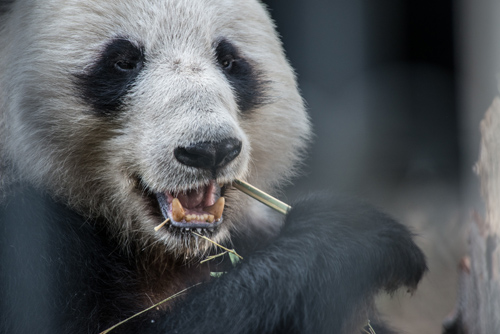 A panda munches away on bamboo. Photo by Kurt Stepnitz

Jack Liu has an amazing lab, even if it has been hit by an earthquake.

Jianguo “Jack” Liu has spent 17 years working in, for, and around the Wolong Nature Reserve in southwestern China. He’s known as the Panda Man—the researcher who has deep-dived into the heart and soul of panda habitat to understand what makes a healthy panda home tick.

Along the way, he’s divined some pretty tart lessons for the rest of the world. 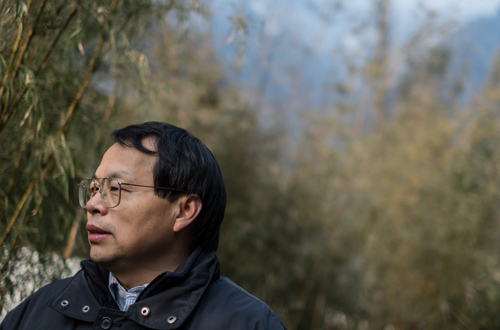 Jack Liu has had pandas on his mind for many years. Photo by Kurt Stepnitz

Liu holds the Rachel Carson Chair in Sustainability and is University Distinguished Professor of fisheries and wildlife at Michigan State University. He also serves as director of the Center for Systems Integration and Sustainability.

He calls Wolong his “excellent lab.” He rocked the world in 2001 when he published an article in Sciences howing that the revered protected area for the beloved Giant Panda actually was more of a haven for the people who were benefiting from the flood of panda tourism. Panda habitat, he discovered, was degrading faster inside the reserve than out.

Liu came to that understanding—which helped improve the reserve’s habitat quality—by reaching way outside an ecologist’s toolbox. He incorporated information about the income of local villagers and demographic changes in the labor force, along with data about density of forest canopy and panda population numbers, to offer a more complete picture of what was happening. 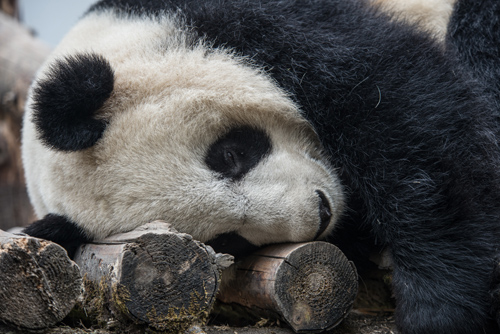 A young panda snores happily after tiring itself out playing. Photo by Kurt Stepnitz

He has become an international maverick of sorts, working beyond the boundaries of disciplines and subjects to understand how sustainability might be attained. The answer will only come, he contends, by looking at a problem from many directions.

He has since published research showing that divorce hurts the environment (Hint: It’s all about increasing the number of households, which uses more environmentally taxing resources), and that climate change bodes poorly for the bamboo supply – the only item on the panda buffet menu.

Along the way, he’s launched sound science delivered in blinding common sense:  There is no dividing the fate of humans from nature. The well-being of the world is tied to what he calls coupled human and natural systems. That means science must go where the questions lead, not where departmental silos dictate, and incorporate social sciences to find sustainable solutions. 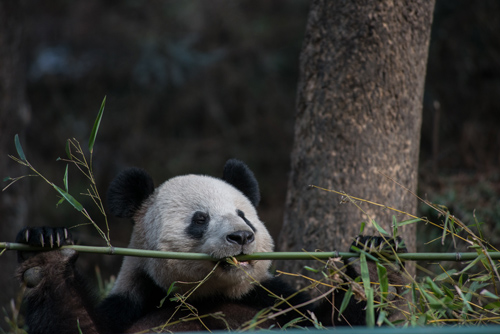 Pandas are difficult to distract when they’re focused on their favorite activity. Photo by Kurt Stepnitz

Liu has been widely honored for his efforts in research, teaching, and service. He is a Fellow of the American Association for the Advancement of Science and has received the Guggenheim Fellowship Award.  His graduate students now are on faculty in places such as Yale, Harvard, and the University of North Carolina.

Yet much of his legacy can be found in the mountains of Wolong, which in the 2008 earthquake saw some of the most aggressive horror nature can unleash on land. The work he leads continues to have direct impact, to not only improve the environment but to find ways that also allow people to thrive.