Persuasive Speech: The Way We, Um, Talk Sways Our Listeners

ANN ARBOR, Mich.— Want to convince someone to do something? A new University of Michigan study has some intriguing insights drawn from how we speak.

The study, presented May 14 at the annual meeting of the American Association for Public Opinion Research, examines how various speech characteristics influence people’s decisions to participate in telephone surveys. But its findings have implications for many other situations, from closing sales to swaying voters and getting stubborn spouses to see things your way.

“Interviewers who spoke moderately fast, at a rate of about 3.5 words per second, were much more successful at getting people to agree than either interviewers who talked very fast or very slowly,” said Jose Benki, a research investigator at the U-M Institute for Social Research (ISR).

For the study, Benki and colleagues used recordings of 1,380 introductory calls made by 100 male and female telephone interviewers at the U-M ISR. They analyzed the interviewers’ speech rates, fluency, and pitch, and correlated those variables with their success in convincing people to participate in the survey. 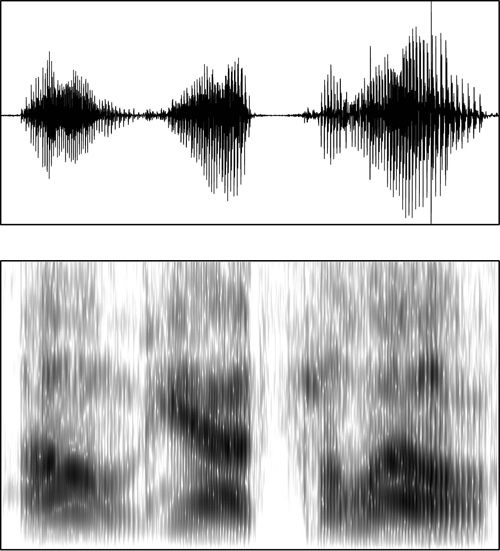 “We assumed that interviewers who sounded animated and lively, with a lot of variation in the pitch of their voices, would be more successful,” said Benki, a speech scientist with a special interest in psycholinguistics, the psychology of language.

Pitch, the highness or lowness of a voice, is a highly gendered quality of speech, influenced largely by body size and the corresponding size of the larynx, or voice box, Benki says. Typically, males have low-pitched voices and females high-pitched voices. Stereotypically, think James Earl Jones and Julia Child.

They found that males with higher-pitched voices had worse success than their deep-voiced colleagues. But they did not find any clear-cut evidence that pitch mattered for female interviewers. 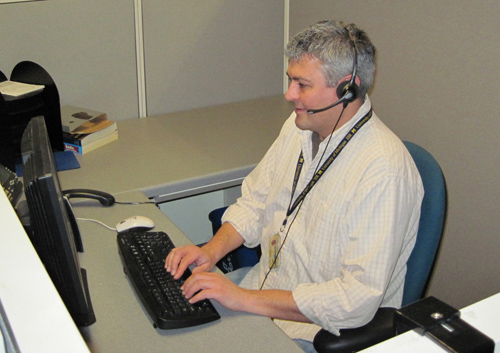 Photo of an interviewer in the same facility which produced the interviews we used in our project. Image credit: University of Michigan

The last speech characteristic the researchers examined for the study was the use of pauses. Here they found that interviewers who engaged in frequent short pauses were more successful than those who were perfectly fluent.

“When people are speaking, they naturally pause about 4 or 5 times a minute,” Benki said. “These pauses might be silent, or filled, but that rate seems to sound the most natural in this context. If interviewers made no pauses at all, they had the lowest success rates getting people to agree to do the survey. We think that’s because they sound too scripted.

“People who pause too much are seen as disfluent. But it was interesting that even the most disfluent interviewers had higher success rates than those who were perfectly fluent.”

Benki and colleagues plan to continue their analyses, comparing the speech of the most and least successful interviewers to see how the content of conversations, as well as measures of speech quality, is related to their success rates.