EAST LANSING, Mich. — Children who think their parents are poor monitors or nag a lot tend to play videogames more than other kids, according to a study by Michigan State University researchers.

The study, funded by the National Science Foundation, is one of the first to link parental behavior to kids’ videogame playing. The researchers surveyed more than 500 students from 20 middle schools and found that the more children perceived their parents’ behavior as negative (e.g., “nags a lot”) and the less monitoring parents did, the more the children played videogames. 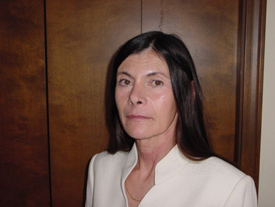 The next step, said lead researcher Linda Jackson, is to find out what’s fueling children’s videogame behavior – a topic Jackson and her team plan to examine.

“Does a parent’s negative interactions with their child drive the child into the world of videogames, perhaps to escape the parent’s negativity?” said Jackson, professor of psychology. “Or, alternatively, does videogame playing cause the child to perceive his or her relationship with the parent as negative?”

There also could be another characteristic of the child that’s responsible for the relationship between perceptions of parent negativity and videogame playing, she said.

Jackson said an equally interesting question is the relationship between videogame playing and actual rather than perceived behavior of parents. Perceptions don’t always mirror reality, she said, and this may be the case in the child-parent relationship.

The study appears in the Proceedings of the 2011 World Conference on Educational Multimedia, Hypermedia & Telecommunications.

The study is part of a larger project in which Jackson and colleagues are exploring the effects of technology use on children’s academic performance, social life, psychological well-being and moral reasoning.