University of Washington political scientist John Wilkerson has matched data visualization with the study of lawmaking to create a new online tool for researchers and students called the Legislative Explorer.

Think of it as big data meeting up with How a Bill Becomes a Law.

“The goal was to get beyond the ‘Schoolhouse Rock’ narrative and let users discover the lawmaking process for themselves,” said Wilkerson, UW professor of political science and director of the UW’s Center for American Politics and Public Policy. The free tool is available at www.legex.org.

The data set is huge indeed: The Legislative Explorer tracks the progress of every bill and resolution introduced in Congress since 1973 — 250,000 in all. It notes each time a bill or resolution advances from one stage of the process to the next, in or out of committee or moves to the floor for consideration, totaling about 750,000 such movements.

Users can drill down through the graphically presented data in lots of ways, including by type of legislation, sponsors, party or chamber of origin. The tool also has filters allowing users to sort results many ways, including by gender of sponsoring legislator, committee affiliation and — perhaps most helpful of all — whether the legislation is considered major or minor. 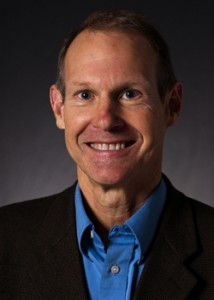 “The basic idea was to apply the data-driven discovery methods used increasingly in the natural sciences to bring big data to the lawmaking process,” Wilkerson said.

Wilkerson and collaborators suggest students or researchers might start by observing how many bills are introduced in each Congress and how many die along the way or are sent to the president and become law. They also suggest researchers should keep certain caveats in mind, including the reminder that bills vary in importance and get substantially changed or combined with others. The 906-page Affordable Care Act, Wilkerson noted, started out as a six-page bill on service members’ home ownership.

Wilkerson collaborated with Nicholas Stramp, a UW doctoral student in political science, who organized the data underlying the online tool. The two also hired Schema, a Seattle-based creative design and technology studio, to create and maintain the site.

Wilkerson said those using the online tool may find Congress a good deal busier than they expected. “There’s still a lot happening in Congress, but more of it these days is getting stuck at the stage where the House and Senate have to reconcile their differences.”

Future improvements, Wilkerson said, may include tracking the impact of legislation that becomes law. For example, “What happens when Congress passes a law? How does it impact the existing authorities of the federal government and the regulatory activities of federal agencies?”

The project was funded in part by revenue from LegSim, which provides tools for legislative simulation courses, and by the National Science Foundation.

“It doesn’t address everything the people might want to know, but we think the Legislative Explorer will advance public interest and understanding of ‘their’ Legislature,” he said.

“But don’t worry,” Wilkerson added. “It’s not the end of ‘Schoolhouse Rock.’”