On the Verge of an Automotive Revolution, the U.S. is Looking in the Rearview Mirror

The global automotive industry is undergoing a revolution by marrying electric vehicles with artificial intelligence and communications technology, and China is poised to reap the benefits.

Automakers are leveraging advances in battery technology and performance to produce a host of exciting new electric vehicle models. They are also working with, or acquiring, technology companies to produce autonomous vehicles. Some of these new models were recently on display at the biggest car event of the year, the 2018 Detroit Auto Show.

A handful of individual states are also getting involved. Led by California, states are expanding the number of public electric vehicle charging stations. China and Europe are catalyzing this revolution by building national charging infrastructures. 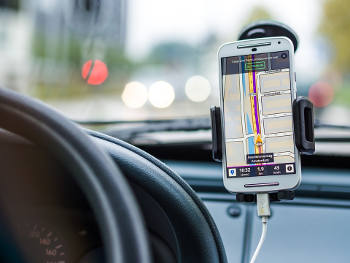 Meanwhile, here in the U.S., President Donald Trump and his administration obstinately ignores these transformative trends and instead continues to look back and not forward. Quite simply, U.S. companies have the technology and expertize to seize this opportunity, but they are slowly but surely ceding leadership to others, particularly China.

The trend away from gasoline and diesel toward electrification of the automotive industry is indisputable. For example, France, India and the U.K. have announced plans to phase out conventionally fueled cars over the coming decades. China — the largest car market in the world — has implemented a policy to dramatically increase electric vehicles to combat air pollution in its cities, targeting 20 percent of car sales to be electric vehicles by 2025.

Although California and some other states have created programs to promote electric vehicles, sales will stall until we build a national charging network — a challenge that can realistically be undertaken only by the federal government. Without such infrastructure, families cannot pile into an electric vehicle and drive to Disneyland or some other vacation destination, for fear of range anxiety.

China, which has not been successful in competing with developed countries in producing conventional vehicles, seeks to lead the world in the revolution. In response, major car companies are expanding selling electric vehicles in China. For example, Toyota, in addition to producing fuel cell electric vehicles, recently announced an aggressive push to produce battery electric vehicles, demonstrating how Chinese government policy is influencing car company offerings.

As George Will has observed, “But governments, and not just dictatorships, like to dictate, and companies must accommodate.”

The movement toward autonomous vehicles has been led by companies such as Google and Apple, but all the major car companies have significant investments in this area.

Yet another convergence of technologies means affordable electric vehicles will further accelerate the delivery of autonomous vehicles into the hands of consumers. For example, Nissan, one of the leaders in electric vehicle development, is working on brain-to-vehicle technology capable of reading brain activity and activating vehicle controls faster than humans can react.

The Trump administration’s policies are at odds with the reality of these global trends. Stubborn adherence to the past — including wrong-headed efforts to resurrect the declining coal industry and moves to extend oil and gas drilling off shore and in the Arctic — are in stark contrast to these cutting-edge developments and are holding us back.

Trump has even signaled the rollback of stricter fuel economy standards scheduled to take effect in 2022, while Saudi Arabia, the world’s leading producer of petroleum, focuses on increased fuel economy.

Rather than propping up dying technologies that are dirtier and ultimately more expensive, policymakers should embark on an aggressive program to provide the national charging infrastructure needed to make electric and autonomous vehicles viable. Millennials are keenly interested in protecting the environment, as well as tapping into technology that allows them to buy quiet, clean and fun-to-drive vehicles.

China has set a course to dominate the electric vehicle space. Unless we change direction and tap into the knowledge and expertise for which America is famous, they will succeed at our expense.

By Alan Lloyd, Senior Research Fellow for the Energy Institute

Alan Lloyd is a senior research fellow for the Energy Institute at The University of Texas at Austin.