Nitrogen From Humans Pollutes Remote Lakes For More Than A Century

Nitrogen derived from human activities has polluted lakes throughout the Northern Hemisphere for more than a century and the fingerprint of these changes is evident even in remote lakes located thousands of miles from the nearest city, industrial area or farm.

The findings, published in the journal Science Dec. 16, are based on historical changes in the chemical composition of bottom deposits in 36 lakes using an approach similar to aquatic archeology. More than three quarters of the lakes, ranging from the U.S. Rocky Mountains to northern Europe, showed a distinctive signal of nitrogen released from human activities before the start of the 20th century, said Gordon Holtgrieve, a postdoctoral researcher at University of Washington School of Aquatic and Fishery Sciences and lead author of the report. The UW and a dozen other research institutions contributed to the research. 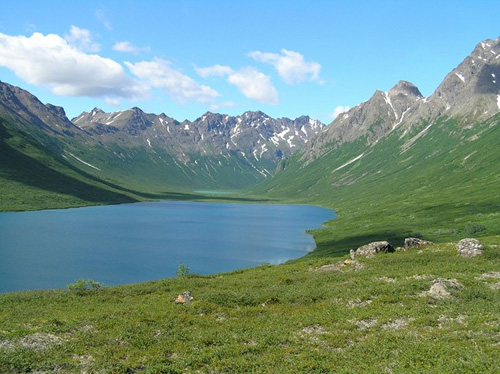 The chemical fingerprint of nitrogen pollution has been recorded for more than a century in High Lake, Southwest Alaska, and 24 other remote lakes in the Northern Hemisphere. Image credit: Patrick Walsh/ U.S. Fish and Wildlife Service

“When it comes to nitrogen associated with humans, most studies have focused on local and regional effects of pollution and have missed the planetary scale changes,” Holtgrieve said. “Our study is the first large-scale synthesis to demonstrate that biologically-active nitrogen associated with human society is being transported in the atmosphere to the most remote ecosystems on the planet.”

Burning fossil fuel and using agricultural fertilizers are two key ways humans increase the amount of nitrogen entering the atmosphere. Once in the atmosphere, this nitrogen is distributed by atmospheric currents before being deposited back on Earth in rain and snow, often thousands of miles from the source. 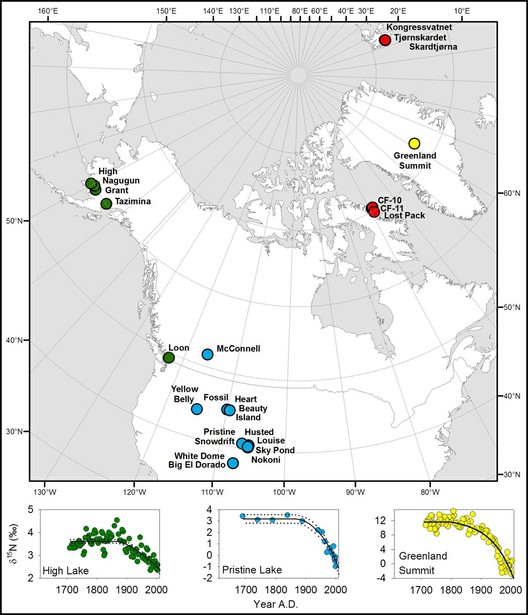 The distinctive signal of human-caused nitrogen going back more than 100 years appears in 25 lakes in temperate (green circles), alpine (blue) and arctic (red) areas of the Northern Hemisphere. Data from two lakes are shown in comparison to a similar signal revealed in the Greenland Ice Sheet (yellow). Image credit: University of Washington

“Turns out the world, for nitrogen, is a much smaller place than we’d assumed,” said co-author Daniel Schindler, UW professor of aquatic and fishery sciences and the Harriet Bullitt Chair in conservation.

Although nitrogen is a vital nutrient for life – so much so that farmers apply fertilizers containing it to bolster food crops – too much nitrogen can be harmful. It has been reported that humans already have doubled the rate of nitrogen released to the biosphere since 1950. Humans now contribute more nitrogen to the biosphere than all natural processes combined. When produced in developed areas, this excess nitrogen can lead to smog, acid rain and water pollution. 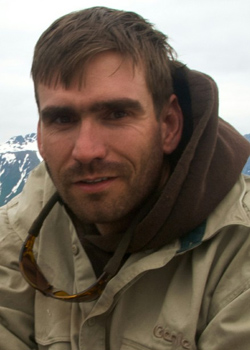 The effects on remote forests, lands and lakes are largely unknown, Schindler said. An increasing body of evidence, however, shows that the biological composition of microscopic communities in Arctic lakes changed with the arrival of human-derived nitrogen. This global nitrogen pollution may interact with climate change to produce a “double whammy” that could alter remote lakes in ways not seen in the past 10,000 years, Schindler said

Using statistical models to analyze nitrogen characteristics of lake sediments, the authors show that the chemical fingerprint of nitrogen pollution started about 115 years ago, shortly after the Industrial Revolution, and that the rate of chemical changes increased during the last 60 years with industrial production of nitrogen for fertilizers.

“This study also provides an explicit chronology for entry of the Earth into the ‘Anthropocene’ – a new geological era in which global biogeochemical cycles have been fundamentally altered by human activity,” said co-author Peter Leavitt, professor of biology at the University of Regina and the Canada Research Chair in environmental change. “The signal will only get stronger in the future as we double fertilizer use in the next 40 years to feed 3 billion more people.”

The authors conclude that climate, natural sources of nitrogen, and normal chemical processes on land and in water cannot account for the chemical signals they observe. 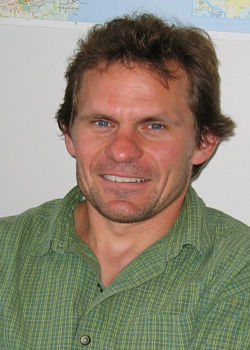 “Given the broad geographic distribution of our sites – and the range of temperate, alpine and arctic ecosystems – we believe the best explanation is that human-derived nitrogen was deposited from the atmosphere,” Holtgrieve said.

“The global change debate is dominated by discussions of carbon emissions, whether among scientists, politicians or the lay public,” said co-author Alexander Wolfe, professor of earth and atmospheric sciences at the University of Alberta. “However, in a relative sense, the global nitrogen cycle has been far more perturbed by humanity than that of carbon.”