AMHERST, Mass. – New research from sociologists at the University of Massachusetts Amherst has found specific racial patterns in the outreach and response habits of heterosexual men and women using online dating sites.

In a study published in the upcoming issue of the American Journal of Sociology, vol. 119, no. 1, UMass Amherst doctoral recipient Ken-Hou Lin and associate professor Jennifer Lundquist tracked the racial and educational characteristics of almost one million online daters searching for relationships from the 20 largest cities in the U.S. They then analyzed the inquiries sent and received by each dater, in order to gain an understanding of how members of each race interact with one another in an online dating setting. 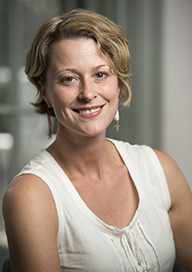 Lin and Lundquist found that when Internet daters search for potential mates, they are more likely to approach those of the same racial identity as themselves, and a clear racial hierarchy dominates the response process. White daters’ messages are likely to elicit responses from daters of other groups, but white women respond mostly only to white men. Black daters, particularly black women, tend to be ignored when they contact non-black groups, even though they respond to other races no less frequently. Asian and Hispanic daters seem to be at the middle of the racial hierarchy; they are responsive to whites, members from their own respective races, and to some extent each other, but not to black daters. Their findings all hold true even after taking into account differing demographic, physical and personality characteristics among the daters.

“Simply stated, white women prefer white men overnon-white men, while white men prefer non-black women over black women,” they write in their paper, Mate Selection in Cyberspace: the Intersection of Race, Gender and Education. “Being black on the dating market—particularly being a black female— means that one’s invitations are most likely to be ignored. The only group that responds regularly to black men and women are one another.”

Lin and Lundquist have also cast doubt on existing theories that presume that the preferences of white partners are the driving force in interracial coupling. Instead, they have found that the racial predilections of minority daters are just as likely to be as consequential in the formation of relationships.

Finally, they have discovered that while daters of all groups are primarily attracted to daters of their own group, when attracted to other groups only some daters are welcomed to cross the borders.

To find if any other characteristic was as influential as racial preference, the researchers also examined the way in which race interacted with educational levels of daters. They found that regardless of their own educational level white women are still more likely to contact white men than any other group. College-educated white women even prefer contacting non-college educated white men over college-educated Asian men. Education level seemed to cause little difference in the outreach habits of white men, and black women, with or without a college degree, once again appear to be marginalized as the least contacted group.

Lundquist and Lin also saw persistent racial preferences when examining daters’ response patterns. White women were found to be more likely to respond to men with a college degree than men without, but they would respond most often to white men above all other ethnicities. College-educated white women treat college-educated minority men similarly to those without a college degree. This tendency to privilege a man’s whiteness over his achieved status is even more pronounced among non-college educated women, who are even more likely to respond to white men’s messages regardless of their level of education.

The complete study, Mate Selection in Cyberspace: the Intersection of Race, Gender and Education, will be available online at:  www.jstor.org/action/showPublication?journalCode=amerjsoci.