New Research Consortium Brings Scientists, Fishermen, and Managers Together to Address Seal Issues in the Northeast

People come from miles away to see the seals off the shores of Cape Cod and surrounding regions, but the animals are creating some challenges for local fishermen. Recent increases in local seal abundance have led to concerns about fisheries interactions. The urgency of documenting, understanding, and mitigating these interactions has become more apparent.

These and other issues and challenges presented by seal populations have led to the creation of a new effort to improve our understanding of the ecological role of seals in the northeast United States. “This encompasses all issues: how they live, where they go, what they eat, their health and illnesses, and interactions with the world—including us—around them,” says Andrea Bogomolni, a Research Associate at the Woods Hole Oceanographic Institution (WHOI).

Bogomolni is on the steering committee of this new effort—called the Northwest Atlantic Seal Research Consortium. It includes researchers from organizations, universities, and the government, as well as commercial and recreational fishermen and anyone who shares an interest in seal issues. The consortium is being formed at a time when technologies and techniques are rapidly improving scientists’ ability to understand the biology, habitat use, and distribution of seal populations.

“A wide array of research projects are in various stages of completion, from project development, pilot studies, and full-scale efforts focusing on seal interactions with fisheries, prey consumption estimates, tagging, abundance surveys, disease, and lots more,” says Owen Nichols, another member of the consortium’s steering committee. Nichols is the director of the Marine Fisheries Research program at the Provincetown Center for Coastal Studies. 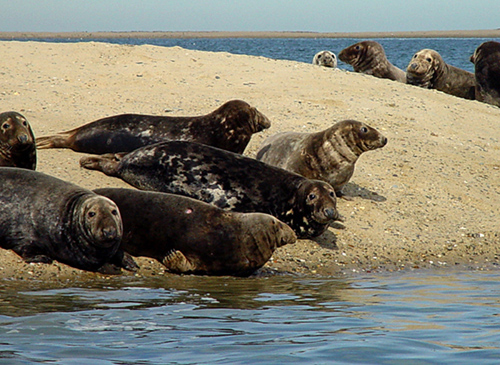 These projects involve coordinated research efforts, sharing of data, collaboration, and public outreach. Scientists and fishermen will draw upon their respective skill sets and experience to develop and execute research projects to better understand interactions between seals and fisheries and to answer larger questions surrounding the role of seals in the western North Atlantic ecosystems.

One priority of the consortium is to meet every two years. “From surveys we gave to participants in the last two meetings, communication seems to be high on the priority list. And that is a challenge we are currently addressing through the formation of the consortium, the creation of our database and website (https://main.whoi.edu), and the creation of a listserv for participants,” says Bogomolni.

Different stakeholders may have differing points of view on seal-related issues, but so far, the managers, fishermen, and scientists participating in the consortium have great working relationships, according to Bogomolni. The consortium faces other obstacles as it moves forward. “Addressing animals in the natural world is a challenge. Even more so is that the human and animal worlds tend to collide,” says Bogomolni.

Funding is also an issue. “Limited resources are a barrier to our efforts that we hope collaboration via a consortium will help to overcome. By working together, resources from several smaller efforts can be pooled to address larger questions, and duplicative efforts can be avoided,” says Nichols.

To achieve success, Michael Moore, director of the WHOI Marine Mammal Center, sums it up like this: “Time, money, commitment, and openness to different stakeholder needs, aspirations, and perspectives are what we need to reach our goals.” 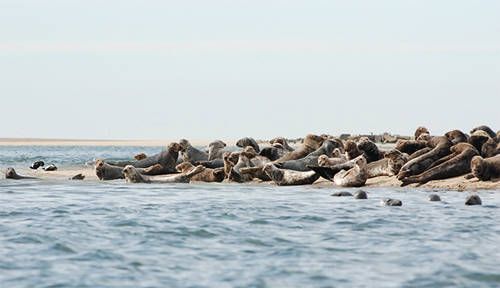