An intriguing study led by the University of Colorado Boulder may provide a powerful new tool in the quiver of forensic scientists attempting to determine the time of death in cases involving human corpses: a microbial clock.

The clock is essentially the lock-step succession of bacterial changes that occur postmortem as bodies move through the decay process. And while the researchers used mice for the new study, previous studies on the human microbiome – the estimated 100 trillion or so microbes that live on and in each of us – indicate there is good reason to believe similar microbial clocks are ticking away on human corpses, said Jessica Metcalf, a CU-Boulder postdoctoral researcher and first author on the study.

“While establishing time of death is a crucial piece of information for investigators in cases that involve bodies, existing techniques are not always reliable,” said Metcalf of CU-Boulder’s BioFrontiers Institute. “Our results provide a detailed understanding of the bacterial changes that occur as mouse corpses decompose, and we believe this method has the potential to be a complementary forensic tool for estimating time of death.”

Currently, investigators use tools ranging from the timing of last text messages and corpse temperatures to insect infestations on bodies and “grave soil” analyses, with varying results, she said. And the more days that elapse following a person’s demise, the more difficult it becomes to determine the time of death with any significant accuracy. 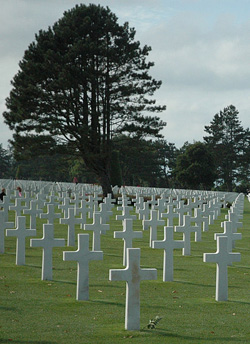 Using high-technology gene sequencing techniques on both bacteria and microbial eukaryotic organisms like fungi, nematodes and amoeba postmortem, the researchers were able to pinpoint time of mouse death after a 48-day period to within roughly four days. The results were even more accurate following an analysis at 34 days, correctly estimating the time of death within about three days, said Metcalf.

A paper on the subject was published Sept. 23 in the new online science and biomedical journal, eLIFE, a joint initiative of the Howard Hughes Medical Institute, the Max Planck Society and the Wellcome Trust Fund. The study was funded by the National Institute of Justice.

The researchers tracked microbial changes on the heads, torsos, body cavities and associated grave soil of 40 mice at eight different time points over the 48-day study. The stages after death include the “fresh” stage before decomposition, followed by “active decay” that includes bloating and subsequent body cavity rupture, followed by “advanced decay,” said Chaminade University forensic scientist David Carter, a co-author on the study.

“At each time point that we sampled, we saw similar microbiome patterns on the individual mice and similar biochemical changes in the grave soil,” said Laura Parfrey, a former CU-Boulder postdoctoral fellow and now a faculty member at the University of British Columbia who is a microbial and eukaryotic expert. “And although there were dramatic changes in the abundance and distribution of bacteria over the course of the study, we saw a surprising amount of consistency between individual mice microbes between the time points — something we were hoping for.”

As part of the project, the researchers also charted “blooms” of a common soil-dwelling nematode well known for consuming bacterial biomass that occurred at roughly the same time on individual mice during the decay period. “The nematodes seem to be responding to increases in bacterial biomass during the early decomposition process, an interesting finding from a community ecology standpoint,” said Metcalf.

“This work shows that your microbiome is not just important while you’re alive,” said CU-Boulder Associate Professor Rob Knight, the corresponding study author who runs the lab where the experiments took place. “It might also be important after you’re dead.”

The research team is working closely with assistant professors Sibyl Bucheli and Aaron Linne of Sam Houston State University in Huntsville, Texas, home of the Southeast Texas Applied Forensic Science Facility, an outdoor human decomposition facility known popularly as a “body farm.” The researchers are testing bacterial signatures of human cadavers over time to learn more about the process of human decomposition and how it is influenced by weather, seasons, animal scavenging and insect infestations.

The new study is one of more than a dozen papers authored or co-authored by CU-Boulder researchers published in the past several years on human microbiomes. One of the studies, led by Professor Noah Fierer, a co-author on the new study, brought to light another potential forensic tool — microbial signatures left on computer keys and computer mice, an idea enthralling enough it was featured on a “CSI: Crime Scene Investigation” television episode.

“This study establishes that a body’s collection of microbial genomes provides a store of information about its history,” said Knight, also an associate professor of chemistry and biochemistry and a Howard Hughes Medical Institute Early Career Scientist. “Future studies will let us understand how much of this information, both about events before death — like diet, lifestyle and travel — and after death can be recovered.”

In addition to Metcalf, Fierer, Knight, Carter and Parfrey, other study authors included Antonio Gonzalez, Gail Ackerman, Greg Humphrey, Mathew Gebert, Will Van Treuren, Donna Berg Lyons and Kyle Keepers from CU-Boulder, former BioFrontiers doctoral student Dan Knights from the University of Minnesota, and Yan Go and James Bullard from Pacific Biosciences in Menlo Park, Calif. Keepers participated in the study as an undergraduate while Gonzalez, now a postdoctoral researcher, was a graduate student during the study.

“There is no single forensic tool that is useful in all scenarios, as all have some degree of uncertainty,” said Metcalf. “But given our results and our experience with microbiomes, there is reason to believe we can get past some of this uncertainty and look toward this technique as a complementary method to better estimate time of death in humans.”

Gene sequencing equipment for the study included machines from Illumina of San Diego and Pacific Biosciences of Menlo Park, Calif. The Illumina data were generated at CU-Boulder in the BioFrontiers Next Generation Sequencing Facility.

To access a copy of the paper visit https://dx.doi.org/10.7554/eLife.01104. For more information on the BioFrontiers Institute visit https://biofrontiers.colorado.edu.