Richard Kirkendall is a University of Washington professor emeritus of history and editor of the new book “Civil Liberties and the Legacy of Harry S. Truman.” He answered a few questions about the book for UW Today.

Q: What’s the scope of the book?

A: The book surveys the civil liberties issue during the Truman presidency of 1945-1953, an especially important time in the history of this essential feature of the American political system.

The book begins with two chapters on Truman as a civil libertarian, one on his identification of himself, the other on his relations with Japanese-Americans, the victims during World War II of a major violation of American principles.

The second section shifts the focus to the national security system and presents essays on the FBI, the employee loyalty program, the Smith Act Case and executive confidentiality.

The book is volume nine of a series on Truman’s legacy published by Truman State University Press and sponsored by the Harry S. Truman Library and Museum. Each of the nine books has grown out of an annual conference in Key West, Fla., in which scholars have drawn upon their findings in presentations to public audiences.

Q: You write of Truman’s distinction between “good anti-communists and bad ones.” How did he define the difference, and what was its effect on his work and legacy?

Truman distinguished between two types of anti-communists, good ones and bad ones, defining himself as a good one and Senator Joe McCarthy as one of the bad.

Truman had confidence that good domestic programs could prevent communists inside the United States from enjoying success in American politics. The New Deal proved the point, and Truman built upon that, doing so with confidence that Americans would see no need to back the small number of communists in their midst. His critics saw communists in this country as a huge threat that must be found and suppressed. These anti-communists impressed him as irrational participants in “witch hunts.”

Truman regarded such features as the Marshall Plan, NATO and the decision to go to war in Korea as evidence that Americans had learned the lessons of World War II and refused to repeat the great mistakes of the interwar period that had led to that gigantic and deadly event. The new programs would enable the U.S. to avoid World War III and, combined with American freedoms, win the Cold War with the authoritarian regimes.

In sharp contrast to Truman’s appraisal, McCarthy and others portrayed that foreign policy as a failure shaped by communists in the American government. To the president, these anti-communists seemed not only wrong but a threat to the policy and thus to global peace. 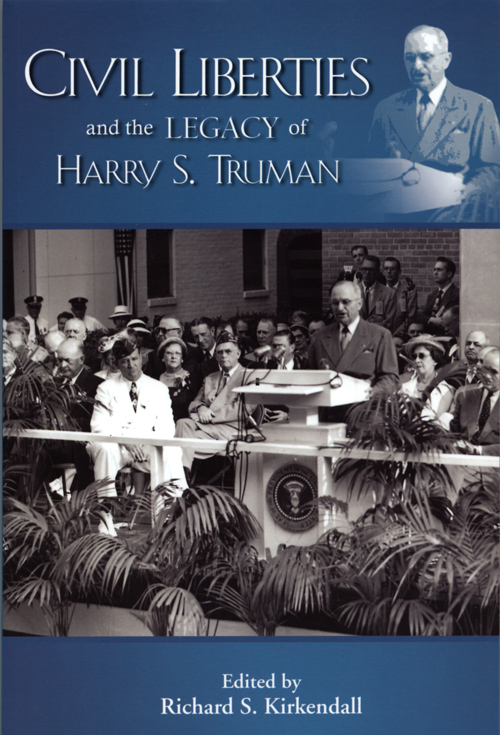 Q: Seemingly a man and president of dualities, Truman both criticized the House Un-American Activities Committee and established his own Employee Loyalty Program. How do these seemingly opposing thoughts balance out in his legacy?

A: To Truman, his denunciation of House Un-American Activities Committee and his establishment of and support for a Loyalty Program harmonized with one another. Regarding the Bill of Rights as the most important part of the Constitution, he charged that the committee ignored it while his own program respected it.

One might argue that partisanship was responsible for such claims, and Republicans did control the committee when it rose to prominence in 1947-48, but he continued to dislike it after the Democrats took charge in 1949. Also, Truman criticized the Democrat-controlled Senate’s Internal Security Subcommittee, regarding it as much like the Un-American Activities Committee.

Q: In the view of this book’s authors, how does Truman’s civil liberties legacy compare with that of his successors, including Barack Obama?

A: All of our presidents from Truman to Obama have felt the tensions between liberty and security and have tried to serve both, but some, Richard Nixon and George W. Bush, most obviously, tipped the scales in favor of security, and all were more restrictive on access to government records than their situations demanded.

Also, Truman’s successor, President Eisenhower, accomplished something that Truman could not when he contributed to the downfall of Joe McCarthy.

Although Truman was too generous in his appraisals of J. Edgar Hoover and the Loyalty Program and could have questioned the U.S. Justice Department’s argument against the leaders of the American communist party, he earned a reputation as a champion of civil liberties in other ways.

He sometimes rose to the defense of targets of the Red Scare, and he spoke out often and forcefully about the importance of civil liberties, seeking to strengthen the education of the American people on this issue and to persuade them they must not permit their worries about security to overwhelm their traditional liberal principles.  None of his successors campaigned as impressively as he on this issue.