FORT DAVIS, Texas — NASA’s Kepler mission has found the first multi-planet solar system orbiting a binary star, characterized in large part by University of Texas at Austin astronomers using two telescopes at the university’s McDonald Observatory in West Texas. The finding, which proves that whole planetary systems can form in a disk around a binary star, is published in today’s issue of the journal Science.

“It’s Tatooine, right?” said McDonald Observatory astronomer Michael Endl. “But this was not shown in Star Wars,” he said, referring to the periodic changes in the amount of daylight falling on a planet with two suns. Measurements of the star’s orbits showed that daylight on the planets would vary by a large margin over the 7.4-Earth-day period as the two stars completed their mutual orbits, each moving closer to, then farther from, the planets (which are themselves moving).

The outer planet is the first planet found to orbit a binary star within the “habitable zone,” where liquid water could exist and thus create a home for life. However, the planet’s size (about the same as Uranus) means that it is an icy giant, and not an abode for life. It’s a tantalizing taste of discoveries waiting to be made.

The combination of observations from the NASA mission and McDonald Observatory allowed astronomers to understand the characteristics of Kepler-47’s two stars and two planets. 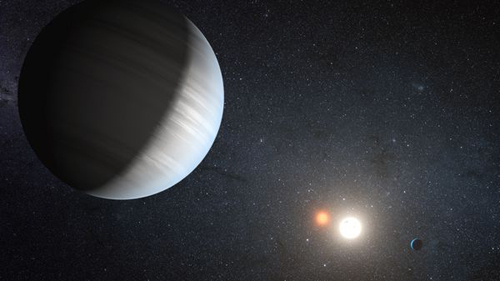 The Kepler mission looks for minute dips in the amount of light coming from a star that might indicate a planet is passing in front of it, an event called a “transit.” The space telescope is also adept at identifying eclipsing binary stars, in which two stars pass in front of each other as they orbit each other. In the case of Kepler-47, they found both stellar eclipses and planet transits in one system.

So Kepler astronomers Jerome Orosz (lead author on the study) and William Welsh of San Diego State University flagged the Kepler-47 system as worthy of follow up from the ground. They asked the McDonald Observatory Kepler team to work with them.

Endl studied the binary star with the 9.2-meter Hobby-Eberly Telescope (HET, one of the world’s largest telescopes), as well as the 2.7-meter Harlan J. Smith Telescope at McDonald.

“The challenging thing is that this is a very faint star,” Endl said, “about 6,000 times dimmer than can be seen with the naked eye.”

These values, along with the Kepler eclipse and transit timings, were plugged into a model that calculated the relative sizes of all the bodies involved, Endl said. 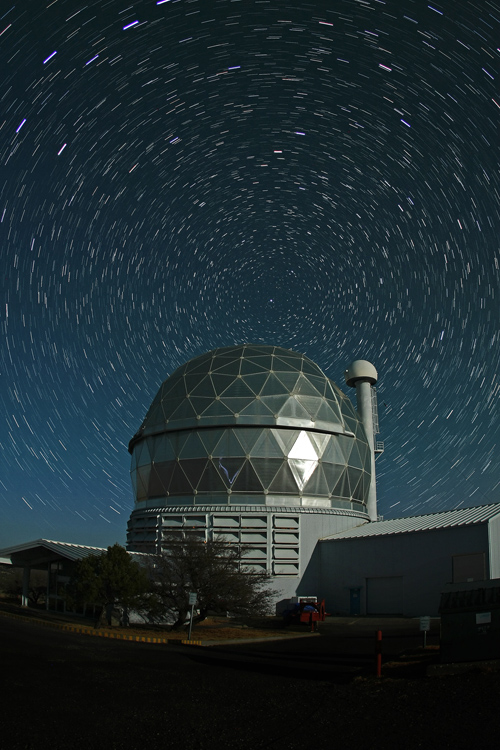 “This is the type of research where McDonald Observatory really excels,” Cochran said. “We have excellent scientific instruments on our telescopes, and the queue-scheduled operation of the HET allows us to obtain spectra at the optimal times when they will give us the best information about the stars.”

Established in 1932, The University of Texas at Austin McDonald Observatory near Fort Davis, Texas, hosts multiple telescopes undertaking a wide range of astronomical research under the darkest night skies of any professional observatory in the continental United States. McDonald is home to the consortium-run Hobby- Eberly Telescope (a joint project of The University of Texas at Austin, The Pennsylvania State University, Ludwig-Maximilians-Universität München, and Georg-August-Universität Göttingen). An internationally known leader in astronomy education and outreach, McDonald Observatory is also pioneering the next generation of astronomical research as a founding partner of the Giant Magellan Telescope. 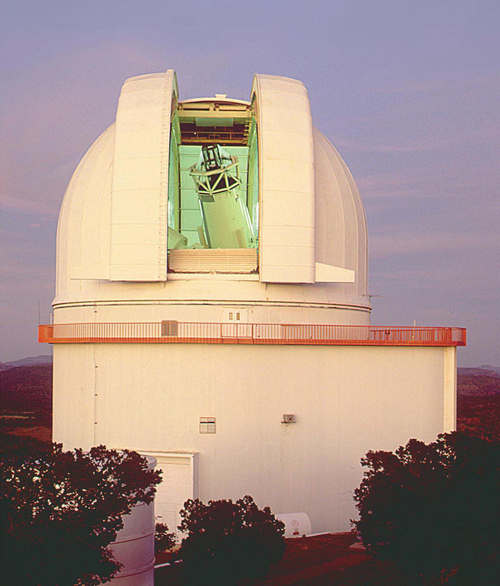