“We wanted to know what determines whether former homicide offenders commit crime when released from prison,” says Dr. Margaret Zahn, a professor of sociology at NC State and co-author of a paper describing the research. “We found that the motivation for murder was a significant predictor.” 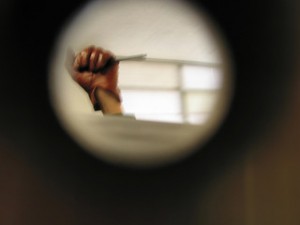 “One reason for this is that in-prison interventions, if any, tend to focus on anger-management issues, and that does not address financial motivations for committing murder,” Zahn says.

“This research is significant because, if you’re going to release people on parole, it is important to look at the motivations for their previous crime; those motivations can offer insights into future behavior,” Zahn adds. “It is information that parole officers can use to better monitor their cases.”

Future research should explore whether these trends are consistent across jurisdictions and whether neighborhood characteristics influence recidivism rates, as well as strategies used by parolees who don’t commit crimes upon release.

The paper, “Criminal Recidivism among Homicide Offenders,” is published online in the Journal of Interpersonal Violence. Lead author of the paper is Dr. Marieke Liem, a postdoctoral researcher at Harvard University. The paper was co-authored by Lisa Tichavsky, a Ph.D. student at NC State. The research was supported, in part, by a Marie Curie Outgoing Fellowship for Career Development.