How to start: one of Hollywood’s best and talented producer Harvey Weinstein helped producing a Category 10 hurricane that has hurt many – those who directly went through the ‘massage and shower’ episodes, assistants who were accompanying the young women till to the hotel doors and of course Mr. Weinstein himself.

A crime hurts both the victim and the evildoer.

The dimension of the scandal is too large. The media reports say about the time span – over the last three decades. 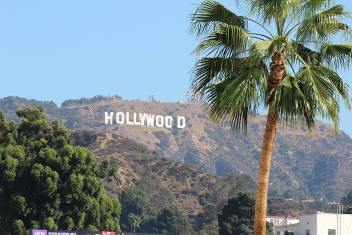 So what happened to the first aspirant movie talent who went to meet Mr. Weinstein in his hotel room. Let’s assume she kept it secret as she was desperately trying to make a ‘breakthrough’ to start a career in Hollywood. Her target – prestigious awards, name, money of course. So the first victim kept silent, just assuming.

Continued. The second and the third victims did the same. No words on encounters with the producer.

But then there should be a ‘breakthrough’. The fourth, fifth and the sixth cases can not be like the first three’s. By this time one or two should have told their experiences, at least, to their most intimate friends or colleagues. But then things should start to roll. As more females would have gone through such ordeals, more should it be spreading around. And this time not only among within the closest realtions or inner circles of those young females but also to the people in and around Hollywood.

So within three to four years since Mr. Weinstein would have started his ‘massage and shower’ episodes in hotel rooms, it should, by this time be already part of stories people will be gossiping in the streets. At least in Hollywood boulevards.

But then how could it still be continuing for the over next 25 years?

I just read Angelina Jolie’s bad experience with Harvey Weinstein on BBC: it was in 1998, as usual in a hotel room. And then Jolie warned others. Jolie must have been a well-known actress in the film industry by the time she had the experience, also becasue of her family background.

The newcomers didn’t heed to her warnings!! Surprising.

But most probably they did not, and that could be the reality. Many young and desperate females in their 20’s may have a ‘damn care’ attitude to such sexual encounters. They want their dreams come true at any price. They are there to make millions, to get name, to get prestigious awards, to be on front pages of the entertainment world. So such sexual encounters with powerful movie bosses, producers, directors or lobbyists, for many, could be a kind of ‘sacrifice’ or part of a give-and-take recipe: they get good roles, make money, media focuses them. Success knocks on the door. Target achieved.

So Jolie’s warnings neither did stop Mr. Weinstein nor the young Hollywooders. Hotel room, massage, shower – these keywords kept flashing over the decades.

For some, hotel room experiences with the producer remained ‘painful’. Something that will be haunting for a lifetime.

So why did it explode now? – May be the cause is natural. Wrongdoings will see the daylight. Just a matter of time – today or tomorrow.

And why all these years Mr. Weinstein never thought of his continued ‘aggressive behaviour’ towards these young females, get repented at some point and set to correct himself for the oncoming meetings to take place in his office rather than in those hotel rooms, is a bit surprising. He might have developed a ‘strong addiction’ that became part of his behaviour towards the young females aspiring to make a career in film industry. And they are/were plenty. This could be one of the facts. Although some of them resisted Mr. Weinstein’s aggressive assaults but a larger number might have agreed or some way allowed him to proceed. So the saga continued.

Now the question is: after the burst out of such high-level scandal, will sexual harassments in film industry and elsewhere come to a ‘stop’?

The answer is: No. It’s impossible. Provided the current and future economic and financial uncertainties together with the boundless desire for materialistic pleasure in every aspect of our modern society’s structure, ensure only its continuity. Things will only change shapes, will find new and more safer ways.

It’s time for a Messiah to appear. May be.