The Pew Research Center recently reported that the wealth gap between American whites and blacks is the widest since the United States began tracking the statistic in 1984 — with whites, on average, having 20 times the net worth of blacks. However, another recent study contends traditional measures of prosperity that only look at economic factors, while important, are not the best gauges of overall well-being.

Tomas J. Philipson, the Daniel Levin Professor of Public Policy Studies in the University of Chicago Harris School of Public Policy Studies, co-authored the latter study, “Health and Wealth Disparities in the United States.” It shows that when health is taken into account in addition to income, the prosperity gap between blacks and whites shrinks. 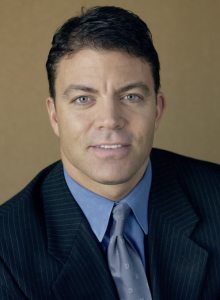 “A richer individual who is bed-ridden may be worse off than a perfectly healthy, poor person,” wrote Philipson and his colleagues Anupam Jena of Harvard University and Eric Sun of Stanford University.

The authors believe that since consumers value both health and income, the factors should be combined to give a better picture of the well-being gap between races.

Income disparities between black and white Americans have been a persistent problem in the United States. Many studies show that while earnings started to converge after World War II, progress has slowed or even slightly reversed since the 1970s. However, when health measures were also considered, the picture became more complex.

What do these numbers mean? The introduction of health into the equation had two effects on the study’s finding, concluded the authors in the American Enterprise Institute study, which was published in late 2010. First, it shows that since whites are generally healthier than blacks, the level of disparity at any single point of time increased. However, black health has improved much faster relative to white health since 1970, suggesting that overall well-being differentials are narrowing more than traditional research shows.

“The point is not to downplay the lack of convergence in incomes, which is important and the subject of much research — but rather to observe that alternative measures, such as full income including health, suggest a more optimistic view of trends in black-white disparities,” the authors wrote.