Mathematical methods developed by a Berkeley Lab researcher help explain why liquid metals have wildly different breaking points, depending on how they are made

Metallic glass alloys (or liquid metals) are three times stronger than the best industrial steel, but can be molded into complex shapes with the same ease as plastic. These materials are highly resistant to scratching, denting, shattering and corrosion. So far, they have been used in a variety of products from golf clubs to aircraft components. And, some smartphone manufacturers are even looking to cast their next-generation phone cases out of it.

But despite their potential, the mechanical properties of these substances are still a scientific mystery. One lingering question is why they have such wildly different toughness and breaking points, depending on how they are made. Although this may not be a huge concern for small applications like smartphone cases it will be extremely important if these materials are ever used in structural applications where they would need to support large loads.

Recently, Christopher Rycroft of the Lawrence Berkeley National Laboratory’s (Berkeley Lab’s) Computational Research Division has developed some novel computational techniques to address this question. When Rycroft combined these techniques with a mechanical model of metallic glass developed by Eran Bouchbinder and his colleagues at Israel’s Weizmann Institute, the two were able to propose a novel explanation of the physical process behind the large variations in breaking points of metallic glasses. Their results are also in qualitative agreement with laboratory experiments.

“We hope that this work will contribute to the understanding of metallic glasses, and aid in their use in practical applications. Ultimately, we would like to develop a tool capable of making quantitative predictions about the toughness of metallic glasses depending on their preparation method,” says Rycroft.

Rycroft and Bouchbinder are co-authors on a paper recently published in Physical Review Letters.

What is a Metallic Glass? And, Why is it So Difficult to Model? 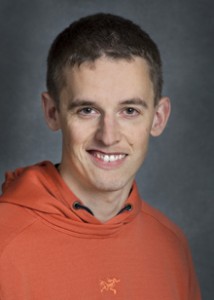 Scientists define “glass” as a material that cools from a liquid state to a solid state without crystallizing—which is when atoms settle into a lattice, or a highly regular spatial pattern. Because many metal lattices are riddled with defects, these materials “deform”, or permanently bend out of shape, relatively easily. When crystallization does not occur, the atoms settle into a random arrangement. This atomic structure allows metallic glasses to spring back into shape instead of deforming permanently. And without the defects, some metallic glasses also have extremely efficient magnetic properties.

Rycroft notes that one of the biggest mysteries in condensed matter physics is how glass transitions from a liquid state to a solid state. To successfully create metallic glass, the metal has to cool relatively quickly before atomic lattices form.

“Depending on how you prepare or manipulate these metallic glasses, the breaking points can differ by a factor of 10,” says Rycroft. “Because scientists don’t completely understand how glass transitions from liquid to solid state, they have not been able to fully explain why the breaking points of these materials vary so widely.”

According to Bouchbinder, computer models also have a hard time predicting the breaking points of metallic glass because the timescale of events varies dramatically—from microseconds to seconds. For instance, researchers can bend or pull the material for several seconds before it breaks, which occurs almost instantaneously. And the material’s internal plastic deformation—the process where it irreversibly deforms—occurs on an intermediate timescale. 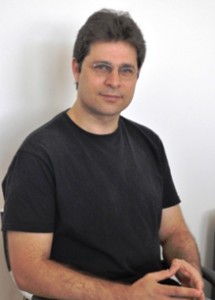 “We’ve actually been able to develop some numerical methods to capture these differences in timescales,” says Rycroft, of the techniques used in the recent paper.

When Rycroft incorporated these methods into Bouchbinder’s mechanical model and calibrated it based on available data, the duo managed to simulate and better understand the breaking points of metallic glass alloys based on their preparation process. He notes that this model is rather unique as it combines novel and flexible numerical methods with recent insights about the physics of glasses. The simulations have also been able to predict the large decreases in toughness that are seen in laboratory experiments.

“If you can vary the way metallic glass is prepared in computer models and capture the differences in how it breaks, you can pose a reasonable explanation for why this occurs. This might also give you a better idea about how the glass transitions from a liquid to a solid, as well as the mechanical properties of a glass,” says Rycroft. “We’ve essentially created something that might evolve into a tool for predicting the toughness of metallic glasses.”

“For quite some time I’ve wanted to calculate the fracture toughness of metallic glasses, but knew that this was a very tough mathematical and computational challenge, certainly well above my abilities, and probably above the capabilities of conventional computational solid mechanics,” says Bouchbinder. “I think that Rycroft’s methods have opened the way to new possibilities and I am enthusiastic to see where this can lead us.”

This work was done with a grant for developing new numerical algorithms with scientific and engineering applications from the Office of Advanced Scientific Computing Research within the Department of Energy’s Office of Science.