UCLA researchers have found that minority patients and those of lower socioeconomic status are far more likely to have advanced thyroid cancer when they are diagnosed with the disease than white patients and those in higher economic brackets.

In one of the most comprehensive studies of its kind, the UCLA team looked at nearly 26,000 patients with well-differentiated thyroid cancer and analyzed the impact of race and socioeconomic factors on the stage of presentation, as well as patient survival rates.

Their findings are published in the January issue of the Journal of Endocrinology and Metabolism. 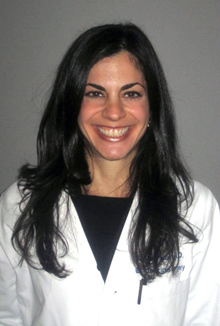 “Race, social status, wealth and health insurance coverage make a difference in how far a thyroid cancer has advanced by the time a patient first sees a doctor,” said lead study author Dr. Avital Harari, an assistant professor of general surgery in the endocrine surgery unit at the David Geffen School of Medicine at UCLA.

Researchers hope the study will lead to strategies aimed at increasing access to health care and help make doctors who treat thyroid cancer patients more aware of how aggressive this cancer can be in certain socioeconomic and racial groups.

“We hope our work highlights the importance of developing interventions that will lead to equalization of care, better preventative practices and earlier treatments,” Harari said.

Although the overall incidence of thyroid cancer is low compared with other cancers, it has been rising in recent decades. The increase cannot fully be explained by improved diagnostics or earlier identification of the disease in patients, Harari said. Advanced thyroid cancers are generally very treatable, but some may have a heightened morbidity and mortality risk, especially if the cancer has spread beyond the thyroid.

While previous studies have shown that exposure to radiation, family history and an underactive thyroid are known risk factors for thyroid cancer, the UCLA team was interested in finding other factors that may be contributing to both the increase in this cancer and the presentation of the disease in its advanced stages.

Patients with low socioeconomic status in all racial groups had more advanced disease than those with higher incomes. Black patients consistently presented with later stages of disease and had worse survival rates than any other racial group.

Even after adjusting for age, sex, socioeconomics and type of health insurance, minority groups continued to have higher odds of presenting with more advanced disease than whites.

Surprisingly, Hispanic and Asian/Pacific Islander patients seem to survive longer than others, even when presenting with later stages of disease. More study in this area is needed to better understand this protective benefit in certain races, said Harari, who noted that it could be a difference in tumor biology or perhaps genetic variances.

Patients who were poor and uninsured or who had Medicaid had higher odds of presenting with metastatic disease than patients with private health insurance, the researchers found.

This study adds to previous research by the UCLA team that found that obesity increased the odds of developing advanced thyroid cancer.

The current study was partially funded by a National Institutes of Health Clinical Translational and Science Institute grant (UL1TR000124).

Other study authors included Dr. Ning Li, a statistician with the UCLA Department of Biomathematics, and Dr. Michael Yeh, an associate professor of surgery and endocrinology at the David Geffen School of Medicine at UCLA.