*Some of the world’s most accomplished entrepreneurs and venture capitalists gather to share insights, knowledge and resources with young companies.* 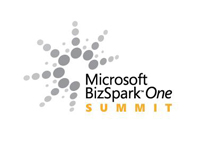 Executives from dozens of the world’s most promising technology startups are coming together today in Mountain View, Calif., to explore the challenges and best approaches to creating new technologies and businesses. The Microsoft BizSpark One Summit is the first annual gathering of participants in BizSpark One, a program that offers Microsoft technologies and gives support to young companies pioneering new business and technologies.

Microsoft executives and members of the entrepreneurial community will share experiences, foster discussions, problem-solve, and in general offer support for the young companies. “The objective of the One Summit is to share the collective knowledge and experience of those attending,” says Dan’l Lewin, corporate vice president of Strategic and Emerging Business Development at Microsoft. “These are smart, capable people who can benefit greatly from the exchange of knowledge and insights on growing a business and taking on the challenges of success.”

Microsoft started the BizSpark One program a year ago in response to the success of Microsoft BizSpark program, which has grown to 30,000 members since its launch in 2008. The invitation-only BizSpark One program offers the same free software, technical support and networking opportunities offered in BizSpark, in addition to personalized consulting and mentorship with a single point of contact at Microsoft. More than 60 executives from BizSpark One companies will attend today’s BizSpark One Summit.

The companies attending were selected for their level of accomplishment and the quality of their efforts, yet there are no restrictions on the type of technology, market or business model these companies are pursuing. Participating companies represent a wide variety of specialties and objectives. Examples of BizSpark One member companies include Flixster, a social networking site for movie fans, gloStream, a company that provides voice-enabled electronic medical records, and Club Cooee, a site for teenagers that helps users design 3-D avatars. 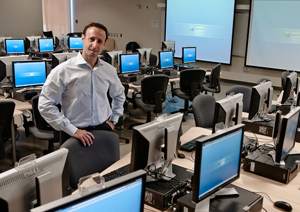 BizSpark One is helpful for people starting new ventures because the program mitigates initial investments in software and technology infrastructure, costs that can be prohibitively expensive for new companies. David Ossip, CEO of BizSpark One startup

Dayforce — which provides services to companies that help streamline employee performance and efficiency — says BizSpark One gave him and his company critical support in getting off the ground. “What BizSpark allowed us to do is take advantage of the Microsoft toolset,” explains Ossip. “Microsoft tools are the best.”

BizSpark One participants often say the most helpful aspects of the program are less tangible than free software. “BizSpark supported us though the sales process and helped us get clients,” says Ossip. When Dayforce was just months old, he says, he landed a meeting with a big client and flew to New York to meet with them. Because Dayforce was such a young organization, he explains, the client was skeptical about their abilities before that first meeting. But Ossip believes participation in the BizSpark One program gave them credibility and the chance to demonstrate their abilities.

“If it wasn’t for BizSpark One, I don’t think we would have secured the client,” says Ossip. “It was a great success story.” Ossip says his company has now raised over $25 million and sold more than 100,000 subscriptions this year.

Other participants say that through the BizSpark One program they’ve received guidance and mentorship essential for establishing a business. Micah Baldwin is CEO of the Colorado-based company Graphic.ly. Baldwin and his team have set out to reinvent comic books by selling them online and promoting an interactive community of enthusiasts. Baldwin says the Windows Azure platform — the cloud services operating system — has allowed the company to scale to customer demand and more efficiently organize and distribute its products. But more importantly, says Baldwin, is that “everyone that we’ve talked to through the BizSpark One program has helped us do a better job with the positioning of our company.” Moreover, some of the connections Baldwin has made through the program have led to investors. Launched just over two years ago, the company now has 10 employees and over 500,000 application downloads.

It is these kinds of mentoring and peer-to-peer relationships that organizers of the program hope to foster at the BizSpark One Summit this week. “I often say that BizSpark One is a little like sports,” says Matthew Clark, senior director for Startup Engagement for the Strategic and Emerging Business Team at Microsoft. “In sports, the players aren’t going to pick up textbooks. They’re going to look to their peers for guidance. BizSpark One is the same way.” Clark says the most effective way for people starting new companies to think and learn about how best to use Microsoft technology and how to grow their business is from their peers. “We want them to be successful,” says Clark. “The more successful they are the more other younger startups can learn from them, including how best to use our technology. It’s a relationship we both learn from.”

Clark and other organizers also hope that the relationships the participants make at the conference will be lasting. His goal is that in 10 years these connections will still be intact, and the relationships will be strong. “The more vibrant and active the BizSpark One alumni network,” says Clark, “the more valuable the program becomes to the startups in it.”