Pluripotent stem cells can turn, or differentiate, into any cell type in the body, such as nerve, muscle or bone, but inevitably some of these stem cells fail to differentiate and end up mixed in with their newly differentiated daughter cells.

Because these remaining pluripotent stem cells can subsequently develop into unintended cell types — bone cells among blood, for instance — or form tumors known as teratomas, identifying and separating them from their differentiated progeny is of utmost importance in keeping stem cell–based therapeutics safe. 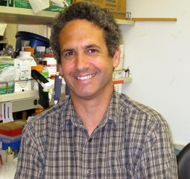 Now, UCLA scientists have discovered a new agent that may be useful in strategies to remove these cells. Their research was published online April 15 in the journal Developmental Cell and will appear in an upcoming print edition of the journal.

The study was led by Carla Koehler, a professor of chemistry and biochemistry at UCLA, and Dr. Michael Teitell, a UCLA professor of pathology and pediatrics. Both are members of the Eli and Edythe Broad Center for Regenerative Medicine and Stem Cell Research at UCLA and UCLA’s Jonsson Comprehensive Cancer Center.

In work using the single-celled microorganism known as baker’s yeast, or Saccharomyces cerevisiae, as a model system, Koehler, Teitell and their colleagues had discovered a molecule called MitoBloCK-6, which inhibits the assembly of cells’ mitochondria — the energy-producing “power plants” that drive most cell functions. The research team then tested the molecule in a more complex model organism, the zebrafish, and demonstrated that MitoBloCK-6 blocked cardiac development.

However, when the scientists introduced MitoBloCK-6 to differentiated cell lines, which are typically cultured in the lab, they found that the molecule had no effect at all. UCLA postdoctoral fellow Deepa Dabir tested the compound on many differentiated lines, but the results were always the same: The cells remained healthy.

“I was puzzled by this result, because we thought this pathway was essential for all cells, regardless of differentiation state,” Koehler said. 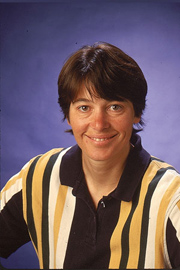 Because the tissue-specific daughter cells became resistant to death shortly after their differentiation, the destruction of the pluripotent stem cells left a population of only the differentiated cells. Why this happens is still unclear, but the researchers said that this ability to separate the two cell populations could potentially reduce the risk of teratomas and other problems in regenerative medicine treatment strategies.

MitoBloCK-6 is what is known as a “small molecule,” which can easily cross cell membranes to reach mitochondria. This quality makes MitoBloCK-6 — or a derivative compound with similar properties — ideal for potential use as a drug, because it can function in many cell types and species and can alter the function of mitochondria in the body for therapeutic effects.

The research was supported by the California Institute for Regenerative Medicine, the National Institutes of Health, the United Mitochondrial Disease Foundation, and the Development and Promotion of Science and Technology Talents Project of the Royal Thai Government.