Meet a Face Behind the MIRI

This summer welcomed the delivery of the James Webb Space Telescope’s first flight instrument, the Mid-Infrared Instrument (MIRI). The instrument will peer out into the farthest depths of the cosmos and capture light showcasing star and galaxy formation.

MIRI’s design, assembly and journey were made possible because of a collaboration between a European consortium of institutes that developed the instrument in a partnership with NASA’s Jet Propulsion Laboratory, Pasadena, Calif., working with the European Space Agency, University of Arizona and NASA.

Mike Ressler is the NASA project scientist for the instrument at JPL. His primary job is to verify what can happen with the instrument, especially with regard to the detector and cooler subsystems that are JPL’s responsibility. Ressler’s scientific interests focus on the early stages of star formation, but he has also been involved in a broad range of topics from asteroid studies to infrared-bright galaxies. 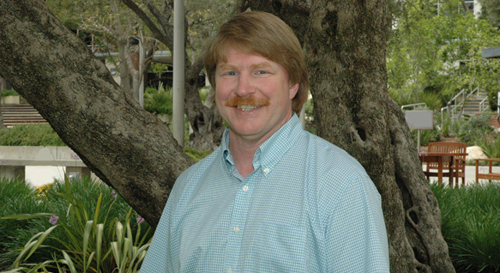 Mike Ressler is the NASA project scientist for the MIRI instrument that will fly onboard NASA's James Webb Space Telescope. Image credit: NASA/JPL-Caltech

Ressler has been involved in building infrared astronomical instruments for nearly 30 years. He has worked on ground-based instruments used on the Keck telescopes and the three-meter NASA Infrared Telescope Facility, both atop Mauna Kea in Hawaii, and the Palomar 200-inch telescope near San Diego. He is also a member of the science team for NASA’s Wide-field Infrared Survey Explorer (WISE) all-sky survey, where he had the distinction of having published the first scientific paper based on WISE results. His duties included evaluating the overall reliability of the 563 million sources in the All-Sky Source Catalog, and studying the impact of the South Atlantic Anomaly (a region near South America where radiation levels above the atmosphere are especially high) on the WISE detectors and the corresponding survey strategy.