Because of a Medicare policy that prevents simultaneous reimbursement for skilled nursing and hospice care, many families cannot choose hospice for loved ones who reside in nursing homes. The result, new research shows, is that residents with advanced dementia who have Medicare skilled nursing home care without any hospice care have a far greater likelihood of dying in the hospital and receiving aggressive treatments such as feeding tubes or physical therapy within weeks of death.

PROVIDENCE, R.I. [Brown University] — A Medicare rule that blocks thousands of nursing home residents from receiving simultaneous reimbursement for hospice and skilled nursing facility (SNF) care at the end of life may result in those residents receiving more aggressive treatment and hospitalization, according a new analysis.

“This study is the first, to the knowledge of the authors, to attempt to understand how treatments and outcomes vary for nursing home residents with advanced dementia who use Medicare SNF care near the end of life and who do or do not enroll in Medicare hospice,” wrote researchers, including lead author Susan Miller, research professor of health services policy and practice at Brown University, in the Journal of the American Geriatrics Society.

“Unfortunately, given the high use of Medicare skilled care near the end of life and policy that prevents simultaneous Medicare reimbursement for skilled nursing and hospice care, aggressive treatments that may not be the preference of families or their loved ones are common,” she said.

The federal government will investigate this issue under the Medicare Hospice Concurrent Care demonstration project mandated by the Affordable Care Act.

About half of all nursing home residents dying with advanced dementia have Medicare SNF care in the last 90 days of life, but residents with this care are not allowed to receive simultaneous hospice and SNF Medicare reimbursement for the same terminal illness. The two services have different medical goals.

Because of the rule, previous research has reported, 46 percent of residents with advanced dementia but no SNF use hospice, while only 30 percent of similar residents who do have SNF use hospice (some residents can still end up with both services simultaneously if, for instance, SNF addresses a different condition than their terminal illness).

What Miller and her colleagues found is that whether and when SNF patients have access to hospice makes an important difference in the care they receive at end of life. That matters to many families, because it is not an easy decision, emotionally or financially, to give up SNF in favor of hospice.

“What I’ve heard from physicians is that families may be advised about hospice, but when the family learns that by choosing hospice and thus giving up SNF they’d have to pay for the entire nursing home stay, they will choose SNF over hospice,” she said. “One physician told me a story about a significant other who wanted hospice for their family member. It was cheaper for that person just to quit their job, stay home and care for the person and get hospice rather than to pay for nursing home care because the nursing home cost more than they were making.” 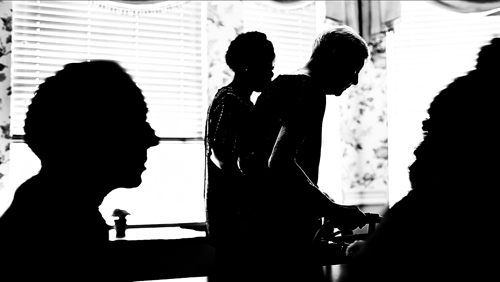 To conduct her analysis, Miller and her co-authors studied the Medicare records of 4,344 nursing home residents with SNF care and advanced dementia who died in 2006. Of the sample, 1,086 received hospice care either concurrent with SNF or afterward. The other 3,528 patients were demographically and medically similar, but did not receive hospice care.

One of team’s key findings was that residents with hospice either during or after SNF care were far less likely to die in the hospital than people without hospice. Those with concurrent SNF and hospice were 87 percent less likely to die in the hospital. Those with hospice after SNF were 98 percent less likely. In the meantime, the data showed the patients with hospice received less aggressive treatments in many other ways. Fewer received feeding tubes, medications (except hypnotic and antianxiety drugs), IV fluids, and occupational or physical therapy than those with no hospice. 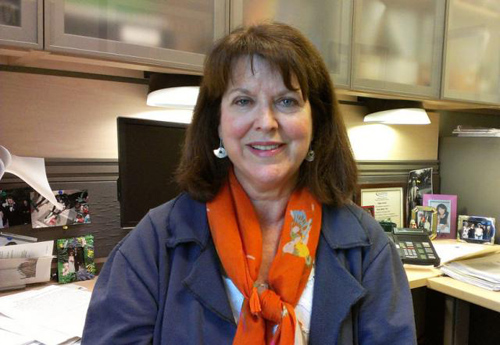 Susan Miller. “When the family learns that by choosing hospice and thus giving up (skilled nursing facility care) they’d have to pay for the entire nursing home stay, they will choose SNF over hospice.” Image credit: David Orenstein/Brown University

Miller said that the pain comparison, in particular, is puzzling because of the subjectivity of measuring pain and the likelihood that people who elect hospice care do so in part because of elevated levels of pain.

Whether it is worth it, from a cost perspective, to change the policy, is not clear, Miller said. The ACA-mandated demonstration will help answer that. But evidence from prior studies suggests that Medicare does tend to save money when nursing home residents do not have long hospice stays. Miller said she plans future studies to look at costs and alternative ways to bring palliative care to nursing home patients with advanced dementia.

In addition to Miller, the paper’s other authors are Julie Lima of Brown and Dr. Susan Mitchell of the Institute for Aging Research at Hebrew Senior Life and Deaconness Medical Center in Boston.