Looking for a job? You may have only nine days to apply

Economists often treat hiring as a sequential search process. An employer receives an application, screens and perhaps interviews the candidate, and then makes an offer or waits for the next applicant.

New research from the University of Chicago Booth School of Business finds, instead, that employers accept and process applications in batches. Employers post vacancies and accept applications for a mere nine days on average in technology-oriented sectors, even though it takes 45 days on average to fill one of these job positions. 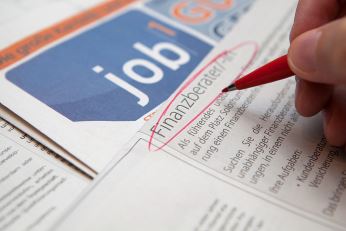 In their working paper, “Application Flows,” Steven J. Davis, the William H. Abbott Distinguished Service Professor of International Business and Economics, and UChicago PhD scholar Brenda Samaniego de la Parra find that the vacancy posting phase is much shorter than the screening and recruitment phase of the hiring process. They also shed light on the labor market by creating and mining a new U.S. database that provides second-by-second tracking of job postings and applications.

Their work marks one of the first large-scale studies to exploit matched data on vacancy postings and application flows to characterize the hiring process and quantify movements in labor market tightness.

The volume and granularity of the data allow the researchers to drill down to the job function level, such as software developer, and to specific skill categories, such as Javascript.

The study also finds that “recruitment firms,” which solicit applicants for third parties, and “staffing firms,” which hire employees for lease to other firms, account for 74 percent of vacancy postings and attract 60 percent of the applications.

“Many new hires don’t get the job by contacting the employer directly,” said Davis. “Instead, they get the job through labor market intermediaries, which play a huge role in the hiring process for technology-oriented jobs.”