Research from North Carolina State University finds that a lack of plant diversity is a key contributor to the widespread defoliation caused by cankerworms in cities, and highlights the role that increasing diversity can play in limiting future damage.

Fall cankerworms (Alsophila pometaria) are caterpillars that are native to the eastern United States and hatch in early spring. The cankerworms defoliate trees and other plants, eating new leaves as they emerge – which is both unsightly and can ultimately kill the plants.

“We see cankerworms doing more damage to trees in cities than in the wild and examples of widespread cankerworm damage are happening more often,” says Dr. Steve Frank, author of a paper describing the work and an assistant professor of entomology at NC State. “We wanted to know why.” 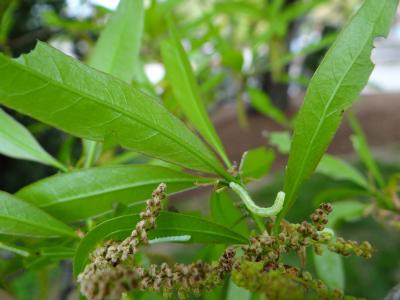 To evaluate the impact of diversity and nonnative species on cankerworm damage, Frank focused on the damage cankerworms did to understory plants – those plants that grow near or under trees.

“I found that plant diversity plays a significant role,” Frank says. “Cankerworms did more damage in simple urban environments, where the understory consisted of only a few shrubs, than they did in more complex environments with greater plant diversity.”

Frank also found a sharp distinction between the impact on native and nonnative plant species.

Native plants were hit particularly hard in simple urban environments. They benefited significantly from complex environments that more closely resembled natural habitat. Nonnative species were largely ignored by cankerworms, regardless of the setting.

“This does not mean that everyone should plant nonnative species,” Frank says. “The take-home message is that we need to take steps to make urban environments more like natural environments in terms of plant diversity.”

The paper, “Bad neighbors: urban habitats increase cankerworm damage to non-host understory plants,” is published online in the journal Urban Ecosystems. The work was supported by the U.S. Department of Agriculture under grant number 2013-02476. Additional support came from the Department of the Interior’s Southeast Climate Science Center, which is based at NC State and provides scientific information to help land managers respond effectively to climate change. An overview of recent NC State research on controlling cankerworm populations is available here.