Kinect for Xbox 360: Science Fiction Comes to Your Living Room

*Microsoft is rolling out its new gesture- and voice-controlled Kinect for Xbox 360 sensor on Thursday. Nine-year-old Morgan Walters is one of 1,200 kids, moms, and others who helped get the gaming device ready for launch. “It was really, really cool,” Morgan said after playing the Kinectimals game.*

REDMOND, Wash. – Nov. 3, 2010 – Kinect for Xbox 360 goes on sale in North America Thursday, bringing with it a new era of controller-free gaming and entertainment.

Once it meets you, Kinect recognizes you. With just a wave of the hand or a voice command, Kinect comes to life, bringing games, movies, TV, music, exercise, dancing and sports to your fingertips.

No, it’s not a space-age movie; it’s your living room.

“We see the future being about computers and sensors learning how to respond to you, instead of you having to learn how to respond to them,” said Don Mattrick, senior vice president of Interactive Entertainment at Microsoft.

Kinect removes the “wands, gadgets, and gizmos” that sometimes act as a barrier, making Xbox games and entertainment more approachable, social and interactive so everyone can enjoy them, he said.

“With Kinect, you are the controller,” Mattrick said. “All you have to do is step in front of the sensor and it instantly recognizes you and tracks your movements with no experience required.”

Retailers around the world are gearing up for Thursday’s Kinect launch, as are consumers. Some shoppers even plan to line up at one of thousands of stores opening at midnight to get first crack at buying Kinect at 12:01 a.m. on Nov. 4.

The launch of Kinect will be accompanied by 17 games especially built for the platform, four of which were developed in-house at Microsoft.

For Microsoft, and especially the Xbox team, Thursday marks the end of one “remarkable” journey and the beginning of another, Mattrick said.

“It was just three years ago that we had a $30,000 prototype, and now this week we are launching Kinect with a full retail game for a great value at just $149,” Mattrick said. “What we have accomplished in this short period of time is transformative and will change the way people experience games and entertainment.”

Mattrick said Microsoft has sold 45 million Xbox 360 consoles, but Kinect has the potential to bring Xbox games and entertainment to millions more.

“It is an exciting time for our company and we are pleased to see the reaction and enthusiasm for Kinect from the media, consumers and our partners,” he said.

Morgan is playing the game Kinectimals, in which players befriend, train, and frolic with exotic cat cubs while simultaneously exploring the mysterious island of Lemuria.

“Play dead,” Morgan tells the on-screen cub, who obeys, rolling over on his back with his paws sticking straight up in the air. This makes Morgan and her father giggle. 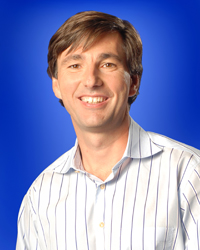 The lab looks essentially like a living room, except for the large pane of glass through which Microsoft researchers observe families like the Walters playing Kinect games.

“I thought it was really, really cool,” Morgan, a fifth grader, said afterwards. “I think it’s really different from other games, but that’s a good thing. I think people will really like it because it doesn’t have a controller.”

Kinect is also much easier to learn than other video game consoles, she said.

“Other games take you a while to adapt to it. It takes you a long time, but this goes really fast; just a couple of minutes and you already know what to do,” Morgan said.

It’s science fiction made real and a “leap” above other video game experiences, said her father Matt, a land surveyor and longtime video game enthusiast.

“I’m 40, so I’ve hit on the whole range of video games from Space Invaders on,” he said. “Playing Kinect was one of those surreal moments – seeing that you’re manipulating the game with no other object than your hand, and it’s so accurately depicting what you’re doing. There really isn’t a learning curve; you’re simply walking through the game.”

Such feedback helped Microsoft make Kinect what it is, said Kudo Tsunoda, creative director for Kinect. .

More than 1,000 Microsoft employees have been working on Kinect and more than 1,200 volunteers like the Walters have tested it, all with the aim of making it so anyone from children to grandparents could “jump in” and play Kinect.

“It really takes playing video games and changes it into something that is very natural and allows you to do things that you would do in your regular life,” Tsunoda said. “In Kinect sports, you kick a soccer ball like you would kick a real ball.”

You Already Know How to Use Kinect

Not everyone has grown up familiar with a 16-button video game controller, which has been somewhat of a barrier in sharing Xbox with a much broader audience, Mattrick said.

Solving that challenge is “key to not only the growth of our industry but critical to the future success of our business as well,” he said. “Kinect creates new growth opportunities for everyone. We believe it will serve as a catalyst for the entire industry and can push the limits of creativity for interactive entertainment.”

Tsunoda said he’s particularly pleased to see people with “super high levels of excitement” no matter their gender or age group. In his own family, his brother likes to play the car racing game “Kinect Joy Ride” and his mother is “fired up” about watching movies through Zune Video without the need for a remote.

“She really was having a great time, not watching the movie, but showing off that she knew how to use the Xbox voice commands,” Tsunoda said. “It’s one of the very few things in the world that can get the same level of enjoyment from a 30-year-old friend of mine and from my mom, both of whom are really just having a great time.”

The magic of Kinect is that Microsoft was able to make sophisticated, complex technology into a simple experience, he said.

“We spent a lot of time and effort working on and perfecting both the technology and the experience so the people playing can have simple fun without having to be aware of how the technology works,” Tsunoda said. “I think that’s what makes Kinect such a blast.”

Tsunoda also said Kinect is a great way to get people up off the couch and interacting with each other and technology. It’s not hard to break a sweat playing Kinect, especially with no controller to get in the way of the activities the games offer such as jumping, running, throwing, kicking, serving, or even customized personal training.

Millions of children at thousands of Boys and Girls Clubs of America locations will soon experience Kinect’s fitness potential; Microsoft on Wednesday announced the donation of Kinect for Xbox 360, an Xbox 360 console and two Kinect games – “Kinect Adventures” and “Kinect Sports” – to each club.

“Controller-free entertainment means everyone can jump into the action and play,” said Karen McDonald, vice president of Program Youth Development Services for Boys & Girls Clubs of America. “No one feels left out, everyone participates, and it’s a great way to make sure these kids are staying active and fit while having fun.”

Xbox 360 has evolved over time, from being very gaming focused in its early years to adding other forms of entertainment such as Netflix, Zune video and music, ESPN, Twitter, Facebook and Last FM, Tsunoda said.

“We have all these great experiences that anybody can enjoy, but for some people, the controller made it hard to be able to get in and enjoy that entertainment,” Tsunoda said. “We knew since we already had a great controller that we wanted to do something that was controller-free.”

In three years, the Kinect team incorporated technology from all over Microsoft, and even looked outside the company, to be able to make a device that could recognize a user, track his or her body, and recognize speech.

“The fun thing about being a creative person working at Microsoft is there are really so many incredibly smart people,” Tsunoda said. “In Microsoft Research, there are a bunch of scientists doing technology experiments and inventing. We ended up discovering they’d been working on things that could enable voice recognition and human recognition … that we were able to bring over to Xbox.”

Tsunoda said as a creative process, the development of Kinect was the “method acting version of designing entertainment.”

“If an actor is playing a role as a fireman, he’ll go work as a fireman for a few months,” Tsunoda said. “I think with Kinect we really took that kind of immersive design approach.”

The team consulted all kinds of experts in creating Kinect, and not just technological experts. Tsunoda said they talked to actors, artists, consumers, and language, gesture, and movement experts.

“The way we built the technology, anybody – no matter what their gaming experience is, can jump in without any kind of learning curve,” Tsunoda said. “This is the thing I love most about watching people play Kinect. It really puts the focus on having fun. I love seeing that really big smile light up their face as they see the stuff they’re doing with their bodies and their voice. That’s what makes Kinect magical.”