Kinect for Xbox 360 Brings Gaming to Kids with Disabilities

REDMOND, Wash. — July 20, 2011 — Kinect, launched last fall, has been dubbed a gaming game-changer. And for some youngsters who’ve never been able to play games before, it’s been a life-changer.

By eliminating the controller, Kinect has removed a barrier for some people with mobility and coordination difficulties. Among them is Avri Davis. Although the 14-year-old is the oldest of six children, she’s never been able to keep up with her siblings. Avri was born with hydrocephalus, a situation where excess fluid puts pressure on her brain.

The disability limited her coordination and often prevented her from joining in when the family played games on their PlayStation 3. “The games were always too complicated for her to understand,” said Katie Davis, Avri’s mom. “There were always too many buttons to push, and even the little kid games required too much focus.”

So when the family unwrapped a Kinect on Christmas morning and started to play, Avri hung back like usual. Then her mom urged her to give it a try. 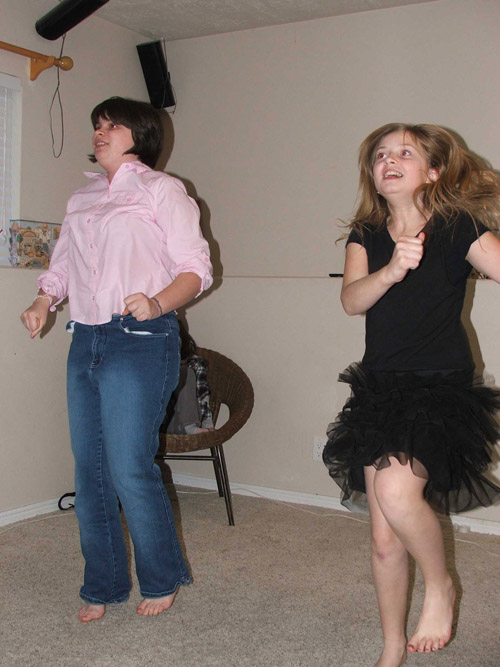 Avri Davis (left) plays Kinect with a friend. Davis, who was born with hydrocephalus, could never play games with family and friends before her family bought a Kinect. Image credit: Microsoft

“She watched for a while, and then before long she joined in and was fighting for her turn like everyone else,” Katie said.

For Katie, seeing Avri play with her brothers and sisters was the perfect present.

“She is a very happy and energetic kid, but as anyone can imagine her disabilities give reason for her to be left out most of the time,” she said. “It’s so frustrating to see her hang back with the adults and not be a kid. So it was awesome to see her jump and dance and play with the family.”

Since the Kinect launch last fall, Microsoft has been hearing similar stories to Avri’s, where Kinect is making play possible for youngsters who had once been left out, said Alisha Mark, global public relations manager for Xbox.

“I think what we’re seeing with Kinect is that it’s revolutionizing the ways kids and families can play and interact,” she said. “The ability to play games without a controller can be so intuitive that it’s making play for so many kids that wasn’t possible before possible now.” 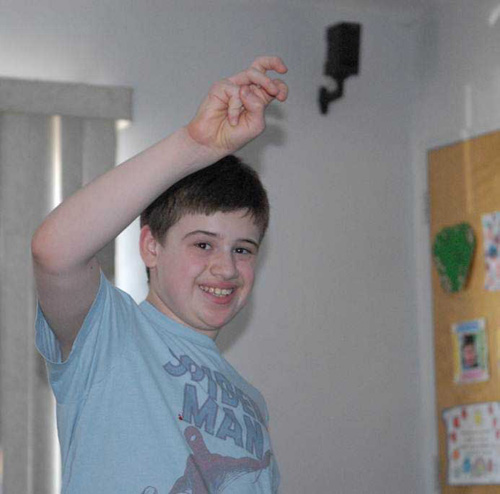 Matthew Rosen’s autism made it difficult for him to use a video game controller. Within a few minutes of a Kinect being set up in his home, he was playing without any assistance from others. Image credit: Microsoft

Todd Rosen, an optimized desktop specialist in Microsoft’s New York City office, started hearing some of these stories just days after Kinect launched. When he read an article about a child with autism using Kinect, he knew he had to get one. Like the boy in the article, Rosen’s children had struggled to play games. His 12-year-old son, Matthew, has autism, and his 5-year-old daughter, Sarah, has cerebral palsy.

Over the years Rosen has purchased a PlayStation, an Xbox and a Wii. They’ve all been too hard for Mathew and Sarah, though, and they usually just sit back and watch as their friends play. “The controllers always had too many buttons on them,” he said. “Then we tried the Wii, which we thought would be simple. But it had two controllers, buttons and knobs, and you have to move your body. My daughter couldn’t do it, and Matthew was just lost.”

Within a few minutes of setting Kinect up, though, Matthew was playing. “It was the most amazing thing,” Rosen said. “I’ve never seen him smile in front of a video game. He always looked confused or puzzled. But he was playing. The other kids were watching him, not helping him.” 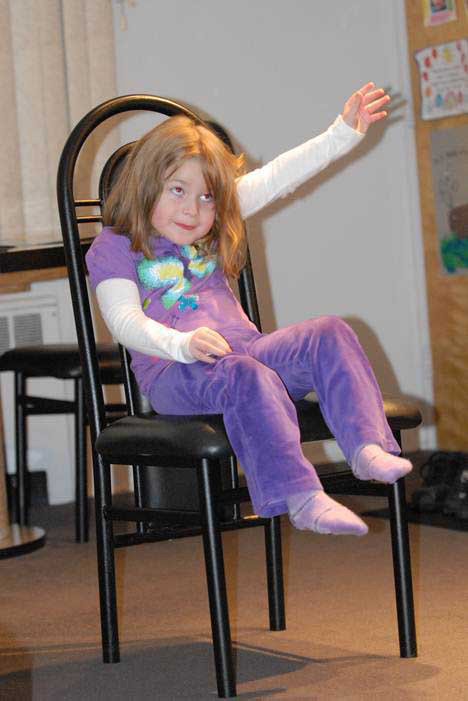 Sarah Rosen, 5, struggled to play video games because of mobility issues caused by cerebral palsy. When her father bought a Kinect, she played until she fell asleep in a chair. Image credit: Microsoft

As Sarah watched her brother, she wanted to join in, too. So Rosen pushed her wheelchair in front of the TV. “All of a sudden Kinect picked her up, and it doesn’t recognize that she’s in a wheelchair but shows her as a shorter person,” he said. “Instantly she’s beyond excited, her hands and arms are flailing, and she’s doing stuff in the game.”

Rosen moved Sarah into a dining room chair so she could swing her legs. She wound up playing until she fell asleep. When she woke up the next day, the first thing she wanted to do was play Kinect.

For Rosen, who talks all day about Microsoft technology with customers but rarely sees the personal impact it can have, the experience with Kinect has been eye-opening. “It doesn’t always come down to bits and bytes and frames and packets,” he said. “A lot of things we do have meanings that may not have been intended at the beginning. Xbox was a gaming system but it meant a lot more to me and family. It meant seeing my kids being active, seeing them interact with other children which they wouldn’t have done. Technology can make a huge difference in a very real way.”

It definitely has made a difference for Avri Davis, who today plays Kinect every chance she can get. One of her favorite games is Kinect Sports, where she gets to play volleyball. Avri is on a Special Olympics volleyball team, and she invites one of her friends over to “practice” with Kinect. In real life Avri has always been timid on the court and usually shies away from the ball, her mom said. But something changed after she started to play virtually.

“On Christmas Day she said ‘Gosh, the ball can’t hit me,’” Katie said. After that Avri grew more confident as she practiced with her friend. That confidence seems to have translated to the court; unlike last year, where she didn’t score any points during Special Olympics games, Avri recently racked up four points in a row in a single game. Afterwards, she told her mom, “I’ve been practicing.”

“I think it’s brought her a little more confidence in real life,” Katie said. “It gives her the chance to feel like a normal kid and have fun.”