Katherine Freese Has Ideas to Support Detection of Dark Matter

This summer the Department of Physics welcomed an astrophysicist whom Global Citizen put on a list of the “17 Top Female Scientists who have Changed the World,” alongside names like Jane Goodall and Marie Curie. 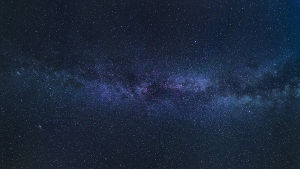 Katherine Freese, who holds the Jeff and Gail Kodosky Endowed Chair in physics, is an influential and trailblazing scientist, developing theories about dark matter and what happened at the start of the universe that have been transformative for the field. She is the winner of the 2019 Lilienfeld Prize, which is given annually by the American Physical Society to a researcher who has made outstanding contributions in physics. Freese comes to UT after serving as a professor at the University of Michigan, as Director of the Nordita Institute for Theoretical Physics in Stockholm and as a guest professor at Stockholm University.

What drew you to UT Austin?

I spent eight months at UT Austin during a sabbatical in 2011, and I loved it. Every day when I would get up and go to the office, I would be excited to see and work with everyone. It was a really positive work environment and Austin is also a city that I really love.

One of the attractive things is the opportunity for building in my field, astroparticle physics, by hiring some young people. It’s a department that intends to grow. I also have existing connections to astronomy, as well to the physics group that I’ll be part of. That’s a real plus.

In your time here, what do you hope to accomplish?

My field is cosmology, and I do theoretical work on a variety of different areas. One focus is trying to understand what the universe is made of. It turns out that all the things made of ordinary atomic material (our bodies, the air, the walls, the stars and planets) only make up 5% of the content of the universe. We’re trying to figure out what the rest—25% dark matter and 70% dark energy—is. I mostly focus on dark matter. We think the best guess is that it is some new kind of particle that we have to identify, so I’m working on it from the theoretical side. People are also building underground detectors to look for it.

Some interesting names come into play in this area of theoretical research. Wikipedia says your work “decisively ruled out MACHO (Massive compact halo object) dark matter in favor of WIMPs (weakly interacting massive particles).” What can you tell me about WIMPS and your role in advancing this model for dark matter?

There are all these WIMPs flying around in the galaxy––there could be a billion going through your body every second. But if you built an underground detector, you’d only detect one every now and then since they rarely interact with normal matter. That’s what people are looking for. In a paper, Andrzej Drukier, David Spergel and I did the work that jumpstarted the worldwide effort to look for WIMPs with underground experiments. We did calculations for how WIMPs interact with ordinary matter, like the detectors, figured out how many WIMPs there are in the galaxy, and proposed annual modulation, meaning the signal that you see go up and down with the Earth’s position relative to the sun (that’s the trick, to look for that annual modulation).

Why is it important that we solve the puzzles and develop this understanding of dark matter?

From my perspective, this is one of the biggest questions about the universe. Humans are driven to understand things, and in the process of doing that, we develop tools that make survival better and make life better. Humans are explorers, and I put myself in that category. And while we’re at it, we’re also tool makers.

We talk to each other as physicists, but I also wanted to talk to the public at large. That’s something that we should all try to do. And I wanted to communicate not just the science that I’m doing but also the excitement of being a scientist. So it’s a sort of memoir about what it is like to be engaged in the scientific process of searching for answers. I also realized that I could put in pictures of women in dark matter research, and maybe some young women will be inspired.

Astrophysics remains a male-dominated field, and you have been a leader in the field. What has that been like?

There’s no doubt that I was forced to be a trailblazer, which I never wanted to be. Things have definitely improved. For example, when I was an assistant professor at MIT and I had a baby, I was told that maternity leave of any kind was not a benefit that MIT could afford. On the other hand, now at Michigan there is a semester off not just for women but also for men who need time off for children. But one of the big things that still needs to happen is that girls should never be told what they cannot do, all the way from the very earliest times through their careers.

What advancements would you like to see in the next 5 to 10 years?

Number one, there’s good evidence that the universe expanded rapidly in the first moments after the Big Bang. In 1990, I proposed a model called natural inflation that might explain this inflationary epoch, and it is still hanging in there. The observational consequences I predicted, including a gravitational wave signature, haven’t been ruled out yet like other models. So, I want researchers to find gravitational waves from the very early universe that would have been created by inflation. If they fit the model, that would be a huge discovery. Number two I want the underground experiments to find the dark matter. I’d love that to get sorted out.