Is hair the root to understanding our stress levels?

Women with lower incomes have higher concentrations of the stress hormone cortisol in their hair, according to a new study from UCL.

The study also found that women whose income has gone up over the last 4 years have lower cortisol levels than those whose income went down, suggesting an association between long-term financial strain and stress hormones. 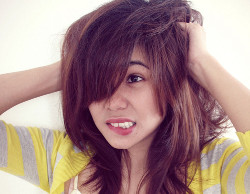 Lead author, Bianca Serwinski (UCL Epidemiology and Public Health), explained: “Although previous studies have used measures in saliva, blood and urine to measure links between stress and income, we now know that the stress hormone cortisol also emerges in the hair. By using hair to examine hormonal levels we can provide an estimate of cumulative cortisol secretion over a prolonged period of time. This allowed us to looks at changes in income and stress levels over time.”

Researchers measured the concentration of cortisol in hair samples from younger and middle-aged women in London and Budapest, whose income fell into three different groups.

The results showed that cortisol concentration was 20% higher in the group of women who earned the least compared to women who earned the most. A negative association between hair cortisol and income changes over 4 years was also found after adjustment for age, BMI, smoking status, hair treatments such as dyeing and country.

The two samples in London and Budapest did not differ in their average hair cortisol levels despite the remarkable differences in overall income, since income levels are much lower in Hungary. The associations found in this study therefore point to a strong relative income effect but not an absolute income effect.

The findings suggest that the relationship between lower socio-economic status and adverse health outcomes could partly be related to hormonal changes triggered by psychosocial stressors but further longitudinal research is needed to determine the link between hair cortisol levels and health outcomes.