COLUMBIA, Mo. – Since its launch in April last year, Apple’s iPad tablet has defied skeptics and set a high bar for manufacturers that are now introducing their own tablets. An internationally recognized authority on media tablets and e-readers from the University of Missouri, has found that iPad owners are reporting exceptionally high levels of satisfaction and that user satisfaction appears to be increasing the longer they use the device.

Roger Fidler, program director for digital publishing at the Reynolds Journalism Institute at the University of Missouri, has been conducting surveys of iPad users since last fall to gain insights into how iPad owners use the devices in their daily lives and how the iPad may influence journalism and news consumption. Fidler says he is surprised by the high levels of user satisfaction. 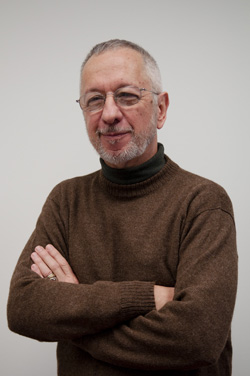 “It’s unusual for new technology devices,” Fidler said. “In most cases, satisfaction tends to drop off significantly after about 13 weeks. That clearly is not the trend with the iPad.”

Fidler found in his first survey last fall that 94 percent of the 1,600 respondents were either very satisfied or somewhat satisfied with their iPad. In his follow-up survey this spring, nearly 70 percent of the 561 owners who responded said they were even more satisfied than they were last fall.

“While the iPad is designed for consuming all kinds of media, it has become clear that leisure reading of news and features is very popular with owners,” Fidler said. “The iPad’s ultra-thin, lightweight nearly magazine-size screen is more conducive for reading than laptop computers and other mobile devices. The screen size seems to be one of the main reasons for its sustained user satisfaction.”

Fidler also found that a majority of owners prefer to use their iPads at home during the evening hours while relaxing in an easy chair or on a couch. For complete results of Fidler’s surveys and a full report about the project, visit: https://rjionline.org/news/dpa-ipad-research-project. Fidler is currently working on another survey for this summer that will gauge satisfaction with all tablets now on the market. Results of that survey will be available in the fall.

The Donald W. Reynolds Journalism Institute works with citizens, journalists and researchers to strengthen democracy through better journalism. RJI seeks out the most exciting new ideas, tests them with real-world experiments, uses social science research to assess their effectiveness and delivers solutions that citizens and journalists can put to use in their own communities.