Interview with Prof. Richard Rood: ‘The Saga of Climate Change’

Richard Rood, is a professor of atmospheric, oceanic and space sciences at the University of Michigan. He loves discussing the intersections of weather and climate, and climate and society. One of his current projects involves studying trends in extreme heat events. Rood is a blogger at Weather Underground and teaches a class on climate change problem solving.

As climate change is a favourite topic of Prof. Rood, so here we go. We have questions for him.

Q: How would you define ‘climate change?’

Richard Rood: As a basic definition, climate change would be an increase or decrease in the mean of the fundamental parameters we use to measure the Earth’s environment. This requires definition of several items: the parameters, what part of the environment, the amount of time used to calculate the mean, the spatial extent over which the parameters span, etc. Important amounts of time for our discussions of climate change are human, for example, the life span of the infrastructure in our cities. A common definition would be changes in the global average, surface air temperature, where the baseline is defined as a 30-year average. This is a weather- and atmosphere- based definition. 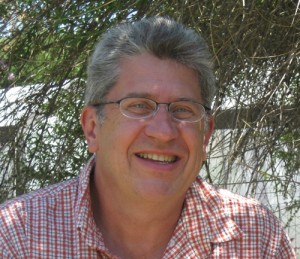 Q. Al-Gore is the only prominent U.S. politician who works with this issue. What about others? Are there lacks of evidences to convince the top policy makers?

Richard Rood There are many prominent U.S. politicians who work on climate change, for example, Henry Waxman, Ed Markey, Mark Udall, etc. I note, in particular, Bob Inglis, who might be said to have lost re-election because of his position on climate change. I don’t think that the policy barriers are related to lack of evidence.

Q: How close are climate models to the reality? I mean models simulate current scenarios and make predictions of upcoming ones. Is there any model till to-date that successfully made predictions of any phenomena like droughts or cyclones which later occurred?

Richard Rood: Models help us think and interpret. We use models in combination with observations and theory to perform science-based research. We use many types of models in the assessment of climate change and in projecting future climates. There are many ways to measure closeness to reality. Some of those measures are quite credible and help to verify our understanding of the fundamental processes of how the Earth’s climate works. Some measures are less accurate, and they guide research directions. Yes, we have made many successful predictions of cyclones and droughts. These predictions give us confidence in making statements about what to expect in the future.

Q: How much percent of global warming is man-made? Whom or what to blame? Do you think any specific country is responsible for worsening this scenario?

Q: What are the steps that we can take right now to reduce emissions of greenhouse gases? Will they have negative impact on industrial output?

Richard Rood: The easiest immediate step we can take to reduce emissions is to increase efficiency in our use of energy. At the top of the list is improving insulation in our buildings. To really deal with the problem, however, we have to move away from fossil fuels. In my opinion we can find policy and opportunity that does not require negative impacts. In the U.S., it is my opinion that our unwillingness to develop a coherent approach energy and environment is leading to lost opportunity in technology and business.

Q: Do you think President Obama is an environment-friendly world leader?

Richard Rood: Yes, I think that President Obama knows the importance of climate and the environment. He is often a pragmatist, trying to take the steps which are possible.

Q: If sea level rises, which countries will be severely affected?

Richard Rood: Many. Hurricanes have shown vulnerability of U.S. cities. The Netherlands will obviously be impacted greatly. Bangladesh is often singled out. Many of the island nations have existential threats. Globally, we live in cities close to the shore; most of the world will feel the impacts of sea level rise.

Richard Rood: Because of the science-based research focused on the Earth’s climate, we have a vision of the future that is credible and actionable. This is unprecedented in history, and it gives us the opportunity to take responsibility and to behave in a way to adapt. Those who take advantage of this knowledge will benefit.