In Hollywood, a major disconnect between economic interests and business practices

Study by UCLA Bunche Center finds that women and minorities are still underrepresented among actors, directors and executives

“The best and the whitest” was how host Neil Patrick Harris described the Hollywood elite being honored at the Feb. 22 Academy Awards ceremony.

But to Darnell Hunt and Ana Christina Ramon of UCLA’s Bunche Center for African American Studies, that assessment is more than a punchline. Hunt and Ramon are the co-authors of the 2015 Hollywood Diversity Report, the center’s second annual analysis of the relationship between diversity and the bottom line in the entertainment industry. 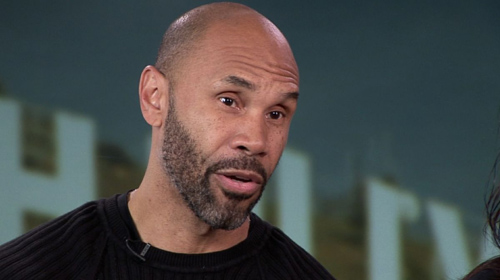 The report reveals a dramatic disconnect between the reality of America and the Hollywood dream factory. It found that although films and TV shows with casts that reflect the nation’s racial and ethnic diversity are more likely to succeed at the box office or in the Nielsen ratings, minorities and women continue to be severely underrepresented as directors, show creators, writers and lead actors.

For example, although women make up a little more than 50 percent of the U.S. population, only 6.3 percent of the films in the study were directed by women, and only 17 percent of film studio senior management were women. Not a single film studio CEO was a woman during the period studied in the report.

The report also reveals that more than half of “frequent moviegoers” — a group that buys half of all domestic movie tickets — are minorities, suggesting that the industry’s hiring practices are out of sync with its economic interests.

Ramon said this is true regardless of the race of the viewer. “We found that whites, blacks, and Latinos prefer TV shows with relatively diverse casts,” she said.

“There is a disconnect between what sells and Hollywood’s business practices,” Hunt said. “A lot of it has to do to with the insular nature of the industry and the fact that white males have traditionally controlled most of the plum positions behind the camera and in front of the camera…. People want to surround themselves with those with whom they feel comfortable. Nine times out of 10, that’s someone who looks like them.”

The report was produced by the Bunche Center’s Hollywood Advancement Project, which aims to generate comprehensive research analyses of the inclusion of diverse groups in film and television production, identify and disseminate best practices for increasing the pipeline of underrepresented groups, and consider the broader implications of diverse industry access and media images for society as a whole.

The 2015 report did note modest gains over the previous year in the representation of minorities among film writers, directors and leading actors. Ramon noted that artists born in Mexico — Alejandro Iñárritu in 2015 and Alfonso Cuarón in 2014 — have won the past two Academy Awards for best director.

But Hunt added that it remains to be seen whether those gains are an anomaly or “a new normal.”

The Bunche Center and Zócalo Public Square host a panel discussion highlighting the report at 7:30 p.m., Wednesday, Feb. 25 at the ArcLight Hollywood. Joining Hunt on the panel will be Franklin Leonard, founder of The Black List, an online marketplace for unsold screenplays; Christy Haubegger, an agent at Creative Artists Agency; and E. Brian Dobbins, executive producer of ABC-TV’s “Black-ish.” It will be moderated by Matt Belloni, executive editor of The Hollywood Reporter.