Improving defence against earthquakes and tsunamis

A pioneering new computer model has been developed to simulate the whole chain of hazard events triggered by offshore mega subduction earthquakes, by a team involving UCL and Bristol engineers.

It is the first model to do this and has the potential to reduce losses to life and property caused by disasters like the huge earthquake and tsunami that struck Japan six years ago (11 March).

The project, called CRUST (Cascading Risk and Uncertainty Assessment of Earthquake Shaking and Tsunami) and funded by the Engineering and Physical Sciences Research Council (EPSRC), involves an international team spearheaded by engineers from the University of Bristol, in collaboration with UCL EPICentre and supported by testing at HR Wallingford. 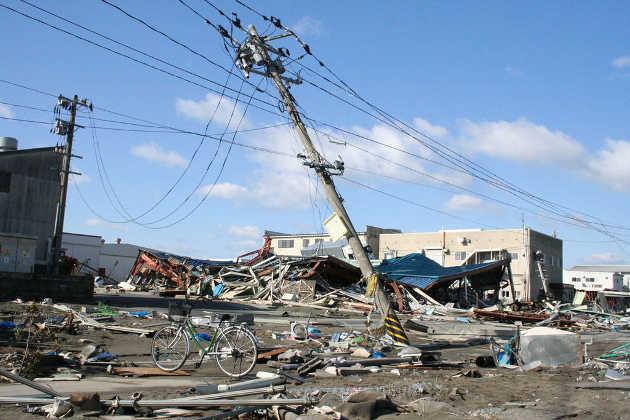 Designed to be used in any part of the world potentially vulnerable to offshore subduction earthquakes (where one tectonic plate is forced beneath another), such as Japan, New Zealand, the Pacific Northwest (US and Canada), Mexico, Chile and Indonesia, the model integrates every aspect of an undersea earthquake – including tsunamis, aftershocks and landslides – into a single multi-hazard simulation tool.

In the past, hazards posed by earthquakes and by the different threats associated with them have been modelled separately, based on different methods, data and assumptions varying from one part of the world to another. This lack of integration and lack of a standard approach has limited models’ real-world value as well as the benefits of information sharing between countries.

With its ability to produce a more reliable and realistic picture of the entire sequence of hazard events and to generate multi-hazard maps, the model will enable governments, emergency services, the financial industry and others to explore alternative disaster scenarios in detail.

Dr Katsu Goda of the University of Bristol, who has led the CRUST team, said: “The magnitude nine Tōhoku earthquake and resulting tsunami waves that hit the east coast of Japan on 11 March, 2011 caused around 19,000 deaths plus economic damage estimated at $300 billion. We hope our simulation tool will secure wide rollout around the world and will be used to inform decision-making and boost resilience to these frequently devastating events.”

Professor Rossetto added: “The next steps are to integrate within the model novel relationships we are developing for predicting damage to the built environment from the hazards. This will enable better estimates not only of the hazards, but of their consequences.”

The latter work is being supported by large scale experiments on tsunami interaction with buildings and coastal defences being carried out in partnership with HR Wallingford, supported by the European Research Council funded project URBAN WAVES, for which Professor Rossetto is Principle Investigator.