Taps data and citizen engagement against the spread of disease

They include a citizen engagement and analytics system in Sierra Leone that enables communities affected by Ebola to communicate their issues and concerns directly to the government; a donation of IBM Connections technology in Nigeria to strengthen the Lagos State government’s preparedness for future disease outbreaks; and a global platform for sharing Ebola-related open data.

The efforts combine expertise from IBM’s global network of research labs with the company’s years of experience in humanitarian disaster response by applying mobile technology, data analytics and cloud computing to help governments and relief agencies as they seek to contain the deadly disease. 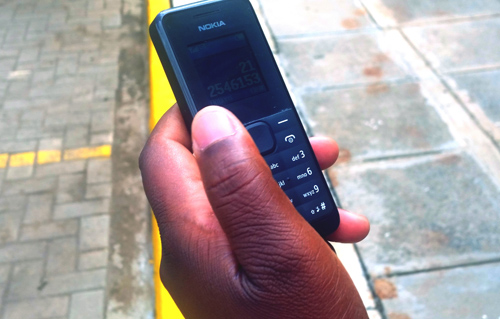 IBM’s new Africa research lab, in collaboration with Sierra Leone’s Open Government Initiative, has developed a system that enables citizens to report Ebola-related issues and concerns via SMS or voice calls. It provides actionable insight to the government about the day-to-day experiences of communities directly affected by Ebola to help improve its strategy for containing the disease.

“For us to tackle Ebola, it is crucial to maintain an open dialogue between the government and the people of Sierra Leone,” said Khadija Sesay Director of Sierra Leone’s Open Government Initiative. “IBM has enhanced our work on citizen engagement through the use of innovative technology and opened up an effective communication channel with the general public so that we can learn from their input and create actionable policies in the fight against Ebola.” 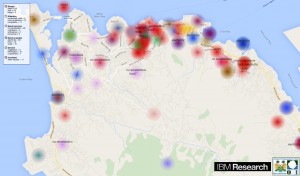 Tapping supercomputing power and analytics capabilities via the cloud, the system is able to rapidly identify correlations and highlight emerging issues across the entire data set of messages. As the SMS and voice data are location specific, IBM is able to create opinion-based heat-maps which correlate public sentiment to location information.

For example, it has already brought to light specific regions with growing numbers of suspected Ebola cases which require urgent supplies like soap and electricity, as well as faster response times for body collection and burials. The system has also highlighted issues with the diagnosis of Ebola empowering the government to approach the international community to request more testing facilities and equipment.

“As Africa’s first technology research lab, we are uniquely positioned to use innovation to help tackle some of the continent’s biggest challenges,” said Dr. Uyi Stewart, Chief Scientist, IBM Research – Africa. “We saw the need to quickly develop a system to enable communities directly affected by Ebola to provide valuable insight about how to fight it. Using mobile technology, we have given them a voice and a channel to communicate their experiences directly to the government.”

The system uses radio broadcasts to encourage people to get in touch and express their opinions. Cambridge University’s Africa’s Voices project has helped to develop a radio engagement model, incorporating questions into public service announcements to elicit feedback from citizens in both English and Krio – one of Sierra Leone’s most widely spoken languages.

“Radio is a powerful medium in Africa but its potential to gather and analyse audience feedback has not been fully seized,” said Dr. Sharath Srinivasan, Director of Cambridge University’s Centre of Governance and Human Rights. “We are working with IBM to offer people across Sierra Leone a channel to voice their opinions and, crucially, to ensure that the data is rapidly analyzed and turned into valuable insight about the effectiveness of public service announcements and possible public misconceptions about Ebola.”

Telco operator Airtel has set up the toll-free number via which citizens are able to send SMS messages.

“Mobile technology is Africa’s most powerful communications platform providing an important channel for reaching large numbers of the population,” said Sudipto Chowdhury, Managing Director, Airtel, Sierra Leone. “As one of Africa’s leading mobile operators, we will do everything we can to ensure that mobile technology contributes to tackling the spread of Ebola and we are partnering with IBM to ensure the effective flow of information between the government and the citizens of Sierra Leone.”

The SMS data is anonymized by Kenyan start-up Echo mobile which specialises in leveraging basic mobile phones to give voice to underserved communities.

“We’re working to make sure that the stream of messages from patients, health workers and the general public can be used to augment the response effort and provide a direct and near real-time view of the situation on the ground,” said Jeremy Gordon, Product Director, Echo Mobile.

IBM is currently looking to extend the work to analyze mobile phone signal data in order to monitor and track population movement enabling scientists to map and predict the spread of disease.

Nigeria has taken a leadership position in the fight against Ebola and has recently been declared free of the disease. To support the country’s preparedness for future outbreaks, IBM has donated its Connections technology to Nigeria’s Lagos State Government.

Nigeria’s Lagos State Government hosts an Ebola Operations Center that coordinates disease containment efforts on behalf of the Nigerian government and other organizations.

IBM’s technology donation will help strengthen the coordination of public health emergency response teams and ensure that the Lagos State Government is able to manage and respond to any new reported cases of Ebola or future epidemics.

IBM’s Connections technology has a proven track record in humanitarian disaster response situations. It provides health workers and administrators with a reliable and secure digital platform to work together virtually and in person, enabling them to securely share documents, identify experts, exchange video, chat and audio messages, provide updates, tap into information via mobile devices and hold virtual meetings. Storing information securely and conveniently in the digital cloud means that vital information can be accessed by authorized users anywhere.

IBM has previously provided similar technology in other crisis situations around the world to support collaboration and coordination amongst response agencies. In 2010, SmartCloud supported a post-Haiti quake effort called Colleagues in Care, which helped doctors in Haiti learn from doctors in the US and elsewhere. The Chilean Red Cross used the platform to establish a disaster command center following the 2010 Chile earthquake. The platform was also used by agencies in the US following Hurricane Sandy in 2012 and for flooding recovery activities in Colorado in 2013.

IBM is broadly offering access to its IBM Connections cloud-based platform to all government agencies and non-governmental organizations working to stem the spread of Ebola.

Globally, IBM volunteers are leading a community effort to help identify, inventory and classify all open data sources related to the Ebola outbreak and are calling on organizations worldwide to contribute data.

The goal is to create a cloud-based Ebola Open Data Repository which will provide governments, aid agencies and researchers with free and open access to valuable open data related to Ebola.

“Data can be a powerful resource for managing and mitigating epidemics,” said Jeanne Holm, Evangelist for Data.Gov. “Governments and other organizations have valuable open data that could help in relief efforts – about roads, airports, schools, medical facilities and populations. Such information can help to drive data-driven decisions during times of uncertainty. IBM is playing a key role in this initiative by helping to identify and gather more open data sources that might inform decisions around Ebola.”

Around the world, cities, states and nations are publishing open data and creating new data supply chains and ecosystems to help tackle national and global challenges. Many African governments such as Sierra Leone, Liberia, Ghana, South Africa, Malawi and Tanzania have joined the Open Government Partnership to take advantage of published open data to drive innovation and support better collaboration.

To learn more about IBM in Africa, visit: https://ibm.co/1evaCes