DAR ES SALAAM, Tanzania, – 01 Jun 2011: IBM has announced the opening of a new branch office in Dar es Salaam, as part of the company’s continued geographic expansion initiative to increase its presence in key growth markets and support its global growth strategy.

The new subsidiary office is part of a broad program of investment that IBM is making in Africa covering the creation of new facilities, offices, training, staffing and recruitment, sales and marketing and corporate citizenship. The announcement follows the recent news of the opening of IBM’s office in Dakar, Senegal and gives IBM a direct presence in over 20 African countries including South Africa, Ghana, Nigeria, Kenya, Morocco, Egypt, Tunisia and Algeria.

The expanded presence in Tanzania will allow IBM to increase its level of service to clients and partners across East Africa and deliver more advanced and high-value solutions.

IBM already serves a number of key clients in East Africa, spanning multiple sectors including telecommunications, oil & gas, finance and government. For example in Tanzania, IBM is working with the National Microfinance Bank (NMB) to help transform the bank’s core banking technology infrastructure and support business growth. With the new system based on IBM Power servers and storage technologies, NMB has been able to increase its customer base to 1.4 million accounts, expand its number of ATMs to 400 and offer debit cards and mobile banking services to its customers across the country. Today the bank processes millions of transactions per month and has some of the fastest transaction processing times in Tanzania. 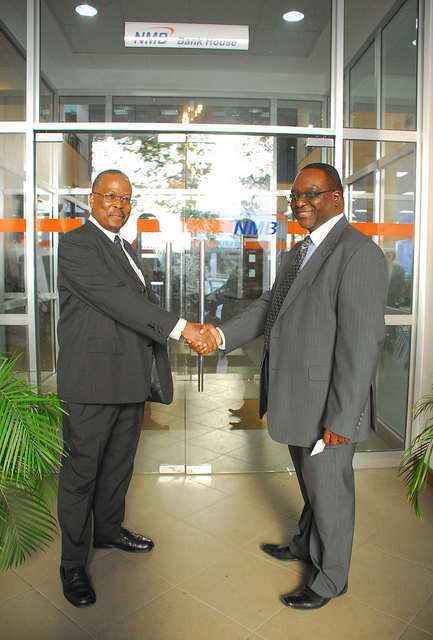 IBM is also working closely with the Tanzanian government to support the adoption of information technologies and Tanzania’s development in key areas such as education and R&D.

“We welcome IBM’s direct presence in Tanzania,” said Honourable Charles Kitwanga, Tanzanian Deputy Minister for Communications, Science and Technology. “We value our relationship with IBM and look forward to working together to use advanced technologies to drive the development of the country’s economic and social systems.”

“Today’s expansion into Tanzania demonstrates IBM’s commitment to the African market as we work to build out high-value solutions for our clients and partners,” said Bruno Di Leo, General Manager, IBM Growth Markets.  “Dar es Salaam will become one of more than 230 IBM branch offices across 55 growth market countries. IBM is excited about the business opportunity in Africa and is actively engaged in laying the foundations for a major presence throughout the continent.” 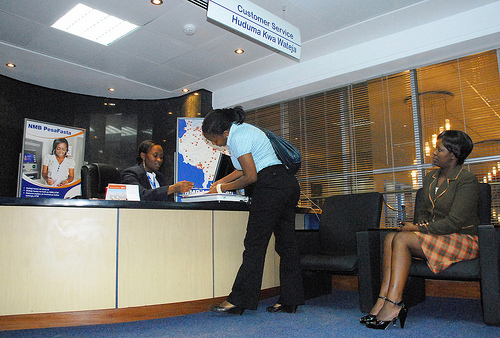 To support its business growth in the country, IBM is working with a number of universities in Tanzania to help cultivate local technology talent and facilitate research collaboration into smarter systems. For example, IBM is working closely with the University of Dodoma in Tanzania to help create a ‘Silicon Valley’ type environment around the university and promote a culture of entrepreneurship. IBM has also donated 22,000 IT reference books to the University of Dodoma. At the Dar es Salaam Institute of Technology (DIT) IBM has donated another 15,000 books as well as a cash award to the Faculty of Physics to support its research efforts.

IBM is also been engaged in an active program of citizenship in Tanzania and across Africa. Since 2008 IBM has deployed teams of its employee-volunteers to Tanzania, Kenya, Nigeria, Ghana, South Africa, Morocco and Egypt to work on projects that improve local conditions and foster job creation.  IBM has also been involved in a project called ‘SMS for Life’  working with the Government of Tanzania, Novartis, Vodafone and the Roll Back Malaria Partnership using mobile technologies to improve the availability of anti-malarial drugs helping to save lives in remote areas of Tanzania.

The Dar es Salaam office is part of IBM’s East Africa operations and will complement IBM’s other East African branch office in Nairobi, Kenya, which acts as a hub for business in the region. IBM has supplied products and solutions to East Africa since the 1950’s when it opened its first office in the region in Nairobi.

The new office was inaugurated this week at a ceremony for customers, partners and government officials in Dar es Salaam.

About IBM
For more information on IBM please visit:
https://asmarterplanet.com/blog/2011/06/ibm-in-africa.html