“For the past 25 years, IBM’s patent leadership has changed the way the world works with advancements critical to the modern era of computing,” said Ginni Rometty, IBM chairman, president and CEO. “Today, nearly half of our patents are pioneering advancements in AI, cloud computing, cybersecurity, blockchain and quantum computing – and all are aimed at helping our clients create smarter businesses.” 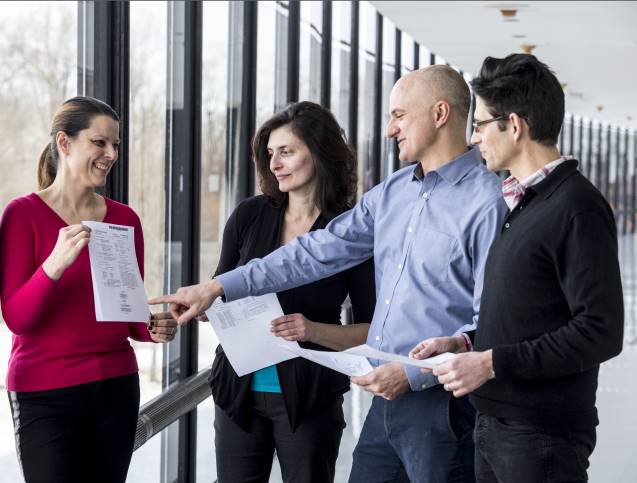 Inventors from IBM Research discuss Maja Vukovic’s patent for a system that detects and counteracts cyber attacks, one of the more than 1,400 AI patents IBM inventors received in 2017 alone. 2017 marks the 25th consecutive year that IBM has been named the leader in granted U.S. patents, with a record 9,043 patents. (Image credit: Jon Simon/Feature Photo Service for IBM)

As more and more enterprises conduct business on the cloud, IBM inventors received in 2017 more than 1,900 cloud patents, including a patent for a system that uses unstructured data about world or local events to forecast cloud resource needs. The system can monitor data sources – including news feeds, network statistics, weather reports and social networks – to identify where and how cloud resources should be allocated to meet demand.

Another set of innovations helps solve one of artificial intelligence’s current limits: lack of personalization, which can hinder how AI communicates with people. Among the industry-leading 1,400 AI patents IBM inventors were granted in 2017 is a patent for a system that can help AI analyze and mirror a user’s speech patterns to improve communication between AI and humans.

IBM inventors also received 1,200 cybersecurity patents, including one for technology that enables AI systems to turn the table on hackers by baiting them into email exchanges and websites that expend their resources and frustrate their attacks. It could substantially reduce the security risks associated with “phishing” emails and other attacks.

IBM inventors also patented significant inventions in emerging areas like quantum computing, including a new way for improving a quantum computer’s ability to acquire and retain information – otherwise known as signal readout fidelity. This can lead to efficiency in the components necessary to build a quantum computing system.

Other patented innovations from IBM inventors in 2017 include:

This year’s milestone builds on more than 105,000 U.S. patents granted to IBM from 1993 to 2017. IBM inventors have received patents for such transformative ideas as secure credit card transactions, guiding the visually-impaired using RFID, the world’s fastest supercomputers and earthquake detectors. https://www.research.ibm.com/patents/#patents-through-the-years