Johannesburg, South Africa and Armonk, NY – 19 Sep 2017: IBM (NYSE: IBM), MTN, a leading African telecommunications provider, Wageningen University (WU) in the Netherlands and Prodapt, today announced they are harnessing IBM Internet of Things (IoT) technology as part of the MTN Connected Wildlife Solution. The solution will help predict threats and combat the poaching of endangered rhinos at Welgevonden Game Reserve in South Africa, with the intent to expand the solution to other reserves in future.

Today South Africa is home to more than 70 percent of the world’s remaining rhino population. Conservationists are battling to protect the dwindling number of these iconic animals that are being killed for their highly-prized horns*. Over the past decade, more than 7,000 rhinos were killed across the African continent and in 2016, 1,054 were reported killed in South Africa alone.

“One of our primary objectives is to protect wildlife, especially endangered species. We were looking for a solution that would help us better understand possible threats and weed out those coming from poachers so we can react ahead of time and prevent harm to animals,” said Bradley Schroder, Chief Executive Officer of Welgevonden Game Reserve. “This project will be a profound breakthrough in the creation of connected wildlife solutions, a wildlife management concept that aims to harness IoT technology to better manage and protect wildlife and other assets.” 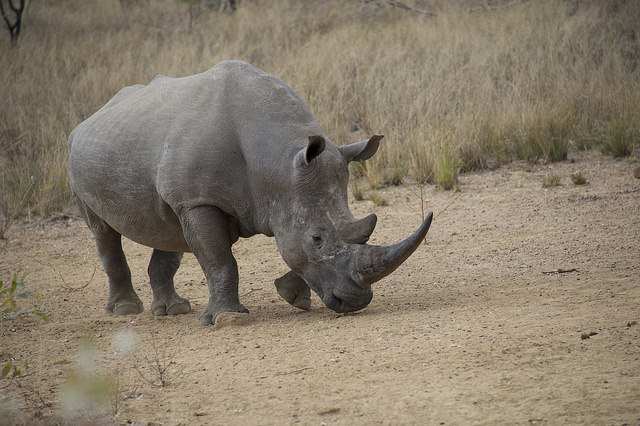 This new predictive capability stems from research performed by Wageningen University.  Ranked the best university in the Netherlands for 12 straight years, the university features an animal sciences group focused on research and education related to the health and welfare of animals and people. According to research conducted on Welgevonden Game Reserve, prey-animals in the wild react in different ways, depending on the type of threat they encounter and the perceived danger from predators such as lion and leopard or the presence of people in the vicinity.

This research has been combined with MTN’s Connected Wildlife Solution which leverages IBM’s IoT technology and the university’s predictive analytics, to create an innovative solution that gives game reserves a powerful new tool in the fight to save endangered species. Protecting the rhinos begins with fitting collars containing custom sensors onto prey-animals including zebra, wildebeest, eland and impala, which will transmit data about their behavior to the IoT platform. 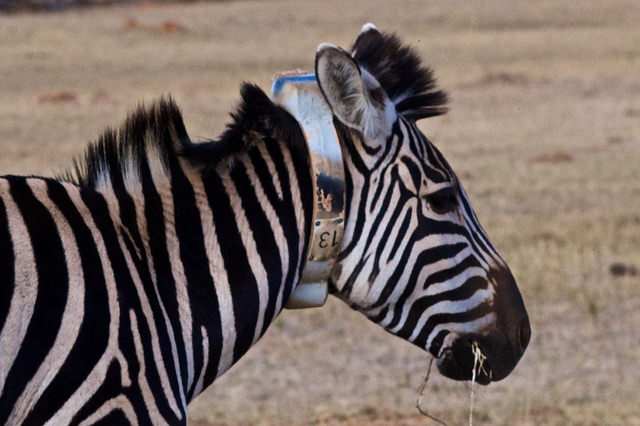 The data collected from the LoRa sensors is communicated via the LoRa WAN Network Server (LRSC – Long Range Signal & Control) and backhauled over the MTN 3G/4G network.

Through the platform, the solution collects animal location information, movement, direction and average speed of travel, along with other data. The data is used by Wageningen University to create approximately 20 rule-based patterns based on the animals’ response to threats. As a result, animals such as zebra will act as sentinels with their response patterns becoming an early warning system to protect the rhinos.

The predictive nature of this solution takes away the reliance on game reserve teams to be in the right place at the right time, or to respond to events, such as the distant sound of gunfire; and the teams can take proactive action that keeps rhinos safe.

“Over the years, we have seen that animal tracking technology has been used reactively in game reserves. Welgevonden needed a more proactive solution to take the fight to protect the rhinos further. With the solution designed for Welgevonden, MTN, along with our partners, can better predict and anticipate potential poaching activity. This allows the ranger to take pre-emptive action before any threat happens,” says Mariana Kruger, General Manager at MTN Business.

Welgevonden Game Reserve was chosen for its specialist wildlife management expertise, its well-known research and development capabilities as well as its excellent reputation in rhino protection. “Welgevonden is one of the best managed game reserves in the world and we need such skills to ensure the success of a project of this nature,” says Prof Herbert Prins of Wageningen University.

“The Internet of Things is changing the way we live and work, and we are finding new applications for IBM’s IoT technologies in businesses across the spectrum. Now we’re helping curb rhino poaching and preserve endangered species on the African continent.” says Hamilton Ratshefola, Country General Manager for IBM South Africa.  “IBM’s IoT solutions enable businesses to solve industry specific problems and transform their companies and industries.”

MTN is an emerging innovator in the Internet of Things, with hundreds of clients across 22 countries. MTN is building an ecosystem of vertical partners and an ecosystem of over 3 million active M2M connections. Together these connected devices, sensors and systems provide insight whilst solving real business challenges around the continent.

IBM’s IoT technology features powerful cognitive computing capabilities that don’t merely gather and predict but truly understand the patterns and relationships in the massive amounts of data being collected by the sensors in field. Today, IBM is an established leader in the Internet of Things (IoT) with more than 6,000 client engagements in 170 countries, a growing ecosystem of over 1,400 partners and more 750 IoT patents which together help to draw actionable insight from billions of connected devices, sensors and systems around the world.

In the future, the aim is for the technology to be made available for deployment at game reserves across Africa and abroad.  Learn more about Welgevonden’s Connected Wildlife journey: https://youtu.be/E9olFUDD_2M.

Welgevonden Game Reserve is malaria-free and located in the Limpopo province of South Africa. It is a two and a half hour drive, or one-hour flight, from O.R. Tambo International Airport, making it the perfect safari destination for those who arrive in South Africa in Johannesburg. The reserve’s 37,000 hectares of breath-taking mountain bush-veld in the Waterberg plateau are home to a wide arrange of species, including the Big 5. The reserve has been proclaimed as a Protected Area and is known for excellence in wildlife management. www.welgevonden.org

Wageningen University (the Netherlands) is a leading life sciences university. Its Resource Ecology Group, which is the partner in this exciting pilot project, brings together world-leading researchers on savanna ecology, livestock science and environmental sciences from this University. It is working closely with the mathematicians of Leiden University, ASTRON (especially radio-astronomers), sensor scientists from the University of Twente, and increasingly with data scientists of the Technical University, Eindhoven. The Dutch side of this project is financed by NWO (the Netherlands Organisation for Scientific Research). For more projects see www.wur.nl/en/Expertise-Services/Chair-groups/Environmental-Sciences/Resource-Ecology-Group.htm

*In some cultures it is falsely believed that rhino horn has medicinal qualities. Rhino horn is primarily made of keratin, the protein that also makes up hair and nails.